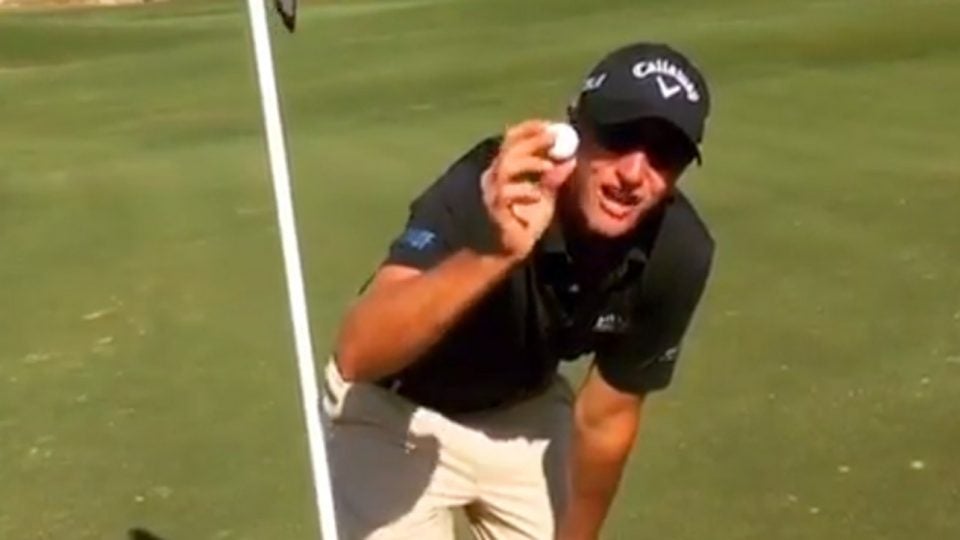 Nicolas Colsaerts shows off his golf ball after making a hole-in-one on a par-4.
@nicolascolsaerts on Instagram

Holes-in-one are strange things. Sometimes beginners drain one out of pure luck. Others play for decades without dunking one off the tee (like our long-suffering writer Alan Shipnuck). Throughout his life, Euro tour pro Nicolas Colsaerts was part of the unlucky latter club … but not anymore.

Colsaerts’s extra special albatross came while playing at Trump International Golf Club in Dubai, though exactly which hole he aced is unclear. Colsaerts posted an Instagram video of himself picking his ball out of the cup, along with the message, “1st ever hole in one today after playing golf for 30 years…and of course what else then on a par 4!?.”

1st ever hole in one today after playing golf for 30 years…and of course what else then on a par 4!😂

It took the European tour veteran most of his 30 years on this Earth to finally get his first ace. While it’s uncommon for Tour pros to ring up holes-in-one in competition (Tiger Woods has just three in over 20 years on Tour), most of them have dropped a bunch of aces at the some point in their lives off the Tour (Tiger made his 20th lifetime ace prior to the Match with Phil Mickelson last fall).

Colsaerts looked to have a promising future during his early years in pro golf. He won the 2011 Volvo China Open on the European Tour and followed that up with a victory at the Volvo World Match Play Championship in 2012. 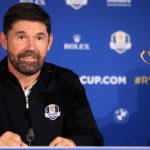 Later that year, he finished T7 at the Open Championship, the best major result of his career. All that was good enough to earn him a spot on the victorious 2012 European Ryder Cup team.

But Colsaerts has struggled in recent years. He’s still chasing his third career victory and has dropped to No. 185 in the Official World Golf Ranking. Perhaps the first ace of his life will help give him a boost.