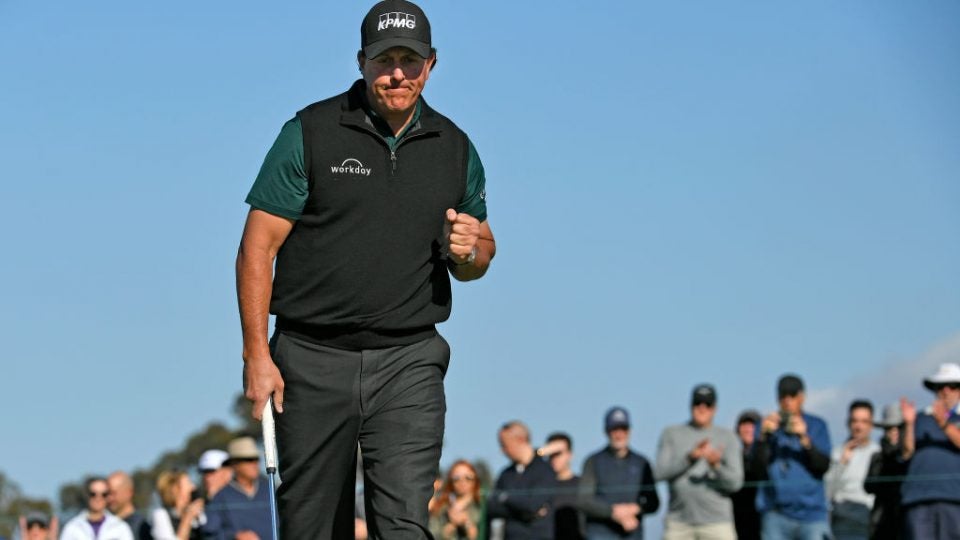 SAN DEIGO, CA - JANUARY 25: Phil Mickelson celebrates his birdie putt on the second hole during the first round of the Farmers Insurance Open at Torrey Pines South on January 25, 2018 in San Diego, California. (Photo by Stan Badz/PGA TOUR)

At the Farmers Insurance Open on Friday, Phil Mickelson gave a fan a cheeky gift after accidentally sending a drive into the crowd. Mickelson apologized and signed a glove for the fan, adding the line: “Next time, duck!”

Mickelson is currently five shots back at the tournament, which has been largely dominated by speculation about Tiger Woods.

Watch footage of the hilarious moment below:

Get hit by a Mickelson wayward tee ball.