AUGUSTA, Ga. — Winning has always fueled Tiger Woods. Even when he stood on a small makeshift podium under the Bahamian sun and fielded a handful of questions on a November Thursday in 2017, he couldn’t help himself.

Begin Scene One. It was his first start following a fourth back surgery, a DUI and in-patient treatment for prescription drugs and inevitable self-doubt. He had more money that he’d ever be able to spend, 14 major titles and one of the most storied professional careers in the game. That Thursday was the first start of his rest of his life, his next chapter — all that jazz. Posting a number didn’t seem important. Winning? Forget winning. What about four healthy rounds?

But Woods wasn’t ready to go there, dammit. He was sniffing contention.

“It was not only nice to get the first round out of the way, but also — I’m only three shots out of the lead,” he said. 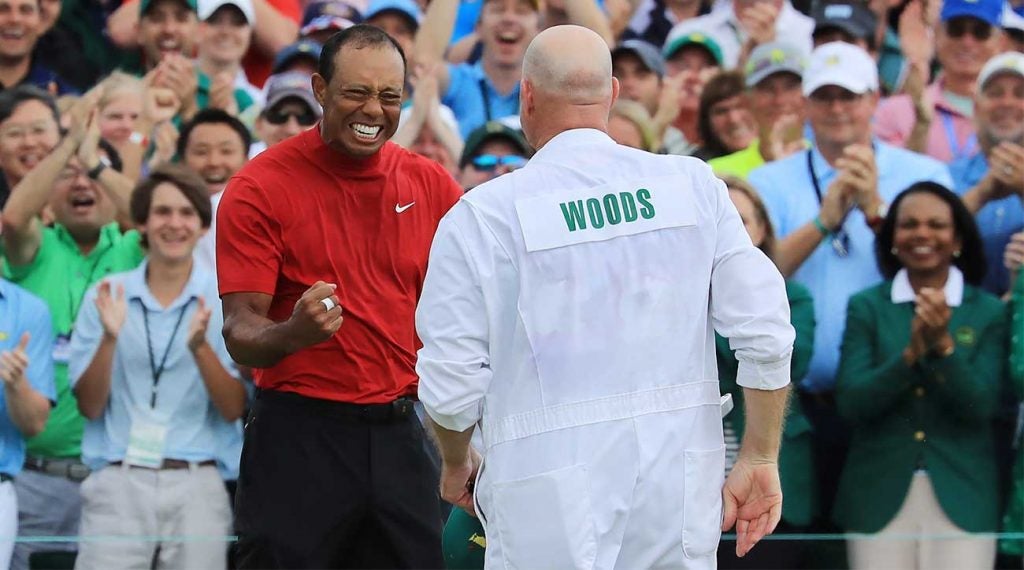 Now, Scene Two: 17 months later, at 2:30 p.m. local time, behind the 18th green at Augusta National Golf Club. Woods is bear-hugging his son, his daughter, his mom, his manager, his girlfriend and his agent. Of course he won the Tour Championship last fall but that was — apologies, Tiger — a 30-man field. This is the Masters. Fifteen majors and counting.

Woods raised his left hand in the air and put his right hand on the back of his son, Charlie, who was decked out in Nike gear, just like his dad. They walked through a sea of spectators, and when they emerged on the other side, Woods threw both arms high into the air.

“That will be the greatest scene in golf, forever,” Nick Faldo said on the CBS telecast. “We will never see anything as exhilarating as that.”

Woods’s start at the Hero World Challenge was the preamble to this latest chapter. He’s had comebacks before. They never took. This one has.

“I had serious doubts after what transpired a couple years ago,” Woods said in his winner’s press conference, some 15 minutes after slipping on his fifth green jacket. “I could barely walk. I couldn’t sit. Couldn’t lay down. I really couldn’t do much of anything.”

But Woods never stopped believing. He knew he could win if he got his body back, his swing back, his health back.

Back to Scene One, the Hero in 2017. The Hero was not then and still is not an official event. It’s a glorified exhibition with a goofy trophy, but after a Friday 69 Woods was five back with 36 holes to play. But this wasn’t about prestige; this was about baby steps. But not Woods. As he left the press scrum he was asked if he could win. He turned and smiled.

“What do you think?”