Jordan Spieth had a rollercoaster week at the Valero Texas Open. After his round on Sunday, the perennial Masters contender opened up about his chances heading to Augusta National.

“I guess average,” he said when asked about his confidence that he’ll contend. “I mean, pretty average. I wouldn’t say down or up, I would say I feel good about my chances just like I do anytime going into a major championship, especially the Masters. I’ve had a lot of success there no matter what my form’s been coming into it. I feel like I’m playing better than my results are showing and that starts to kind of turn around over time as long as I’m patient with it.”

Spieth opened the Valero with twin 67s, putting him in Saturday’s final group alongside eventual winner Corey Conners. But as the leaders and contenders continued to surge with runs of birdies, Spieth played the front nine in six-over 42, plummeting down the leaderboard in the process. Still, he salvaged the round with a five-under 31 on the back nine to stay within shouting distance of the leaders. 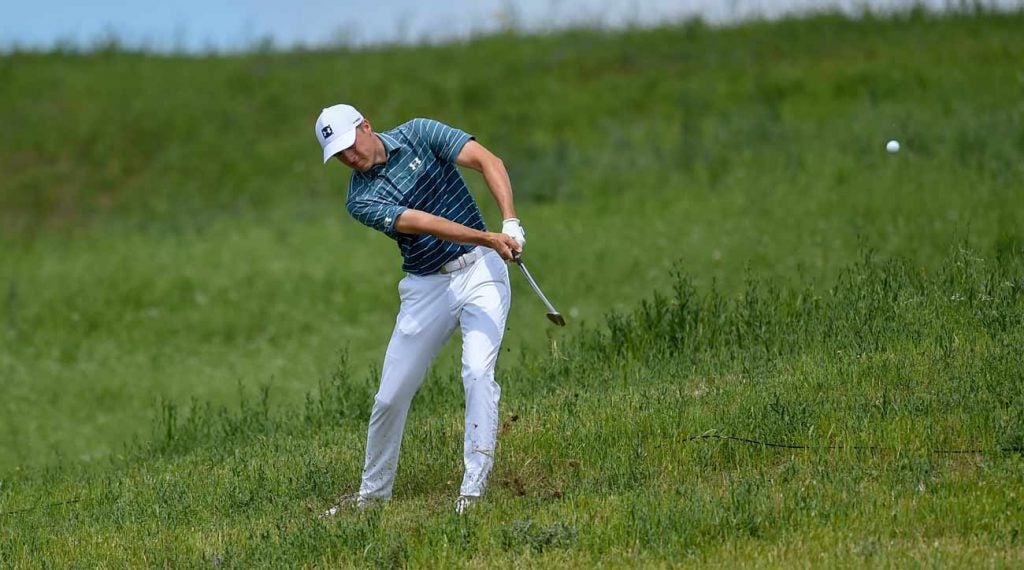 On Sunday, his round stalled out on the back nine, and he finished with a bogey at 18 for an even-par 72 that left him in a tie for 30th. Statistics indicated another poor week with the driver for the 25-year-old, who ranks 203rd on the PGA Tour this year in strokes gained off the tee. And he was middling with his irons, which have served as the foundation of his game the last two years. Still, Spieth was encouraged by aspects of what he’d seen.

“My short game, my wedge play was phenomenal,” he said. “And then on the full swing, I’m just working out of the same stuff I’ve been trying to work out of. I was just really dug deep into a hole. I’m trying to climb out of it. It’s getting better I feel like with each rep now. Trusting it on a golf course is a little different from the range, and next week it requires me to hit a lot of ball flights and that certainly could speed up the process, that kind of feel aspect of it.”

Spieth has never finished worse than 11th in six starts at the Masters. But he’s finished better than 11th exactly once since last year’s third place at Augusta. Something’s gotta give.