Winning at Augusta, getting draped in that green jacket, is a glorious thing, of course. But it can’t compete with the poignancy of coming close. After all, what’s more poignant than unrequited love? Four giants of Twentieth-Century American Golf are (were) experts on the subject: Tom Weiskopf, Greg Norman, Ken Venturi (RIP) — and Johnny Miller, who had three second-place finishes there. Miller used to dis the Masters. He’d call it the Augusta National Annual Spring Putting Championship. He fooled nobody.

Check out the ’71 and ’83 Masters, and most especially the ’75 tournament. No wonder Miller was so good at calling all those Phil Mickelson second-place finishes in U.S. Opens. It takes insight to be a good TV golf analyst, but empathy, too. Miller closed the book on his playing career semi-fixated on the major that got away. He dropped the mic on his NBC broadcasting career in February, thinking about the one he never got to do. “I’m waiting for them to give me a green vest,” he’ll tell you.

Miller played his final Masters in ’94 and then stayed away for two decades, despite the annual invitation the club extends to all former winners of majors. Then, about five years ago, he started coming back. These days, you’ll see him in the clubhouse, under the tree, on the veranda, making the scene. There’s John, catching up with Big Jack. If you’re in the vicinity, you can hear Johnny’s familiar, sunbaked voice, with all that California in it. The man is golf. He lured you to Sears, for the Johnny Miller clothing line, back in the day. He’ll die cool. 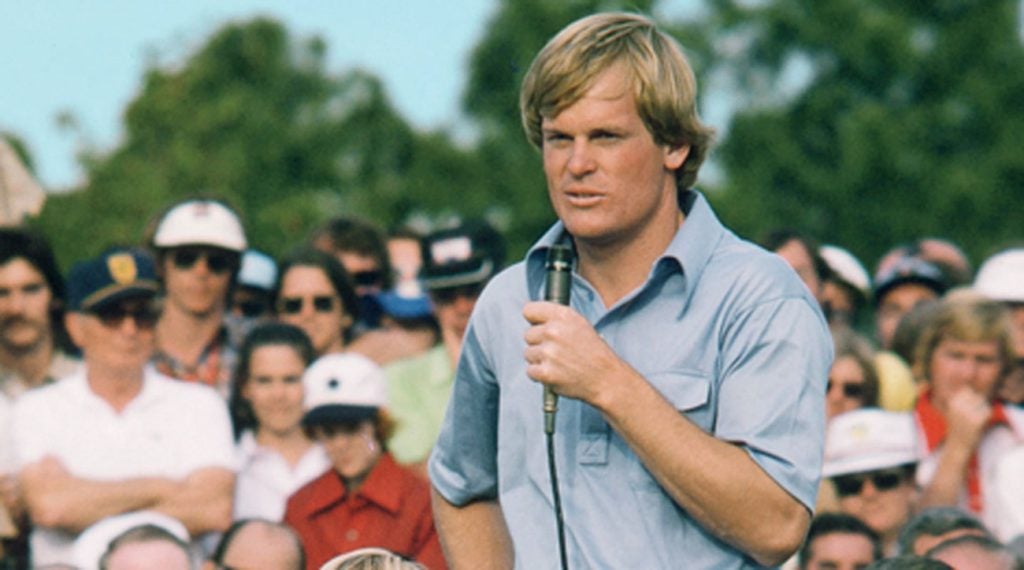 It's not hard to imagine Johnny Miller owning a green jacket, considering how many times he nearly won the Masters.
Getty Images

Johnny’s first Masters was in ’67, as an amateur. He stayed in an apartment, owned by one Dudley Posey and attached to his funeral home. To this day, Miller says he can still smell the embalming fluid. He also maintains a friendship with Dudley’s grandson, Walker Posey, who now runs the family business. Johnny’s relationship with Dudley Posey, like many of his relationships, came out of the Mormon church.

Two years ago Johnny spoke at the tournament’s annual dinner for the amateur contestants. In ’67, Miller made the cut but wasn’t the low am. Ben Crenshaw was. Ben had a short stint as a TV commentator. He was too gentle. Candor was never a problem for Johnny, and sometimes he overdid it. “I think his announcing improved a lot in the last six or seven years,” Tom Weiskopf told me recently. Weiskopf had four T2 finishes at Augusta. “He mellowed. Comes with age.” The original TW is 76. (T. Watson and T. Woods came later.) Johnny’s 71. That little boy’s name will fool you.

Weiskopf worked a dozen Masters tournaments for CBS, memorably. Venturi, twice a Masters runner-up, went to Augusta for 35 years for CBS. Venturi’s commentary was predictable but passionate. He helped turn Masters Sunday into a holy day. He played funeral dirges for the vanquished.

Johnny would have been good from the tower behind 18 green. I asked him if he could have bit his tongue, covering the Masters on live TV. The club, after all, is famously decorous. “I could have toned it down,” Miller said. “You don’t need to doll up the Masters. If you’re at Quad Cities, doll up anything you want.”

In recent years, Miller has invited Dan Hicks, his NBC partner, to join him at Augusta. They stay in the same house, and Johnny (aided by Johnny’s assistant) makes all the arrangements. Now and again, Miller will remember ’75, when an opera broke out on Sunday afternoon. Weiskopf and Miller, in critical supporting roles, finished one shot behind the winner. Nicklaus, of course. “Jack was always going to find a way to beat me,” Miller told Hicks on one of their Augusta nights. It was such an intimate, raw and truthful admission, but that’s Johnny, and that’s Masters week, too. The Masters promotes intimacy. It’s dinner for two by the fireplace.

But let’s not go crazy. Johnny can rattle off a list of Masters winners who did not win majors elsewhere, noting sharply the great putters among them. A George Archer, a Larry Mize. You know, the annual spring putting contest. We know better. For Johnny Miller, the Masters is the one that got away. He’s coming back again this year. He can’t give it up.