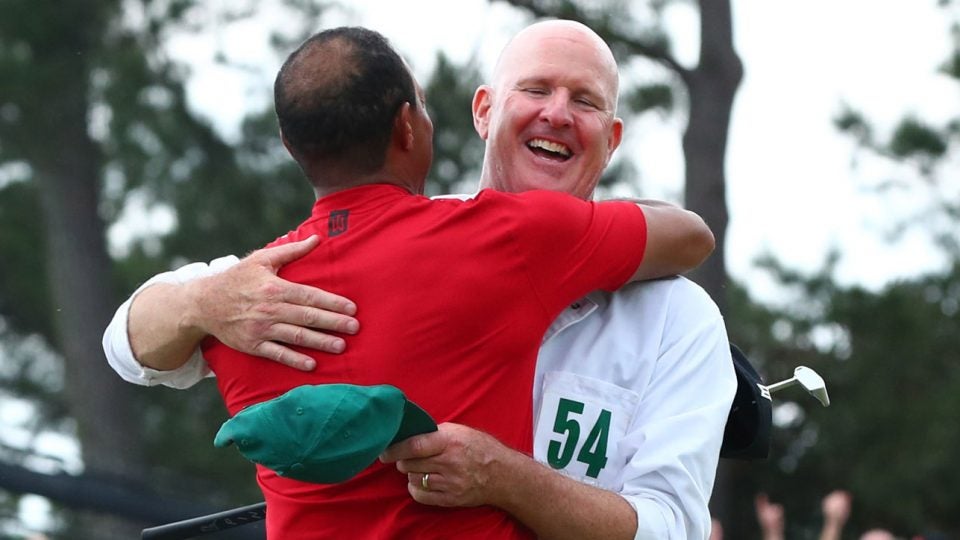 No one had a better view of Tiger Woods’ triumphant victory at the 2019 Masters than Joe LaCava. As Tiger’s caddie, LaCava had a big impact on the win and, of course, was right by his side for the entire tournament

That’s a familiar position for the veteran Tour caddie. He and Tiger have grown close over the years as LaCava continued to stand by Tiger’s side through all of the devastating lows Woods endured since LaCava took the job in 2011.

And while Woods has won 15 majors, the 2019 Masters was his first with LaCava on the bag. Given all of that, the victory at Augusta was a much-deserved payoff for the caddie. And the loyalty he’s displayed has not gone unnoticed by his boss.

After sinking his winning putt on the 18th green, Tiger embraced LaCava, screaming “We did it” into his ear. But the chaos that ensued prevented the two men from having a proper heart-to-heart.

So when LaCava checked his phone later that night, among the hundreds of text messages he received from well-wishers was one from Tiger.

“We did it, appreciate you hanging in there with me, I love you like a brother,” read the message on LaCava’s phone, according to a report by Garrett Johnston for The Caddie Network.

But perhaps the best message sent to LaCava’s phone came from his former boss, World Golf Hall of Fame member Fred Couples. While the 2019 Masters was LaCava’s first major win with Tiger, it was not the first time he caddied during a Masters victory. LaCava was carrying Couples’ clubs for his lone Masters win in 1992.

Features
Masters 2019: Fred Couples, Mayor of Augusta, missed the Masters cut — but he’s anything but finished

According to Johnston’s report, Couples could hardly contain his excitement when he texted LaCava Sunday night: “I’m just so excited for you. If not more excited than when I won in ’92.”

Tiger and LaCava’s next gig will likely be in two weeks at the Wells Fargo Championship. From there they’ll head to the second major of the year, the PGA Championship at Bethpage Black, to continue their major pursuit.