The intrigue surrounding the U.S. Ryder Cup team will continue — at least for a few more hours. The PGA of America postponed the press conference scheduled for Monday morning and announced that American captain Jim Furyk will make his final selection at the conclusion of the BMW Championship.

With final-round tee times pushed back to Monday due to torrential rain, players resumed tournament action at 7:30 a.m. with the hopes of finishing the final round Monday afternoon. If more than half the field finishes their rounds but the leaders are still on the course, play could continue to Tuesday. Either way, Furyk’s announcement will come at the conclusion of play.

You may also like More rain, thunderstorms expected to hit Aronimink Monday afternoon

According to a release from the PGA of America, the selection will be revealed via @RyderCupUSA on Twitter and via press release.

Tony Finau appears to have the inside track for the pick, finishing 2nd and T4 in his last two starts. But Xander Schauffele is in position to challenge for the win at the BMW. In doing so the reigning Rookie of the Year would make a strong final case for the pick. 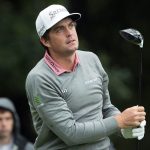 You may also like Keegan Bradley snaps six-year winless drought, wins BMW Championship in playoff
It’s another reason to tune in to Monday’s final round coverage. GOLF.com will have complete information on the pick as soon as it becomes available.