Just how good is Jeff Knox? Pros rave about the legendary Masters marker

AUGUSTA, Ga. — Rory McIlroy was the first man off the tee at Augusta National Golf Club on Saturday of the 2014 Masters. After a Friday 77 he was the last man in after the cut, which meant an early tee time for Round 3.

His playing partner that day? Masters marker Jeff Knox, who’s now somewhat of a legend around these parts. Part of Knox’s lore started with that round with McIlroy, who was asked post-round if he had a funny story about playing with Knox.

Knox is an Augusta National member who has played as a Masters marker if an odd number of players make the cut since 2003. He rarely misses a short putt and plays at a lightning-fast speed. Fellow pros enjoy his company and patrons love to ponder who in the world the guy is. (He’s 56, a former Georgia Mid-Am winner, lives within miles of Augusta National and directs the non-profit Knox Foundation.)

But just how good is Jeff Knox? Here’s what a handful of pros have said about him over the years. 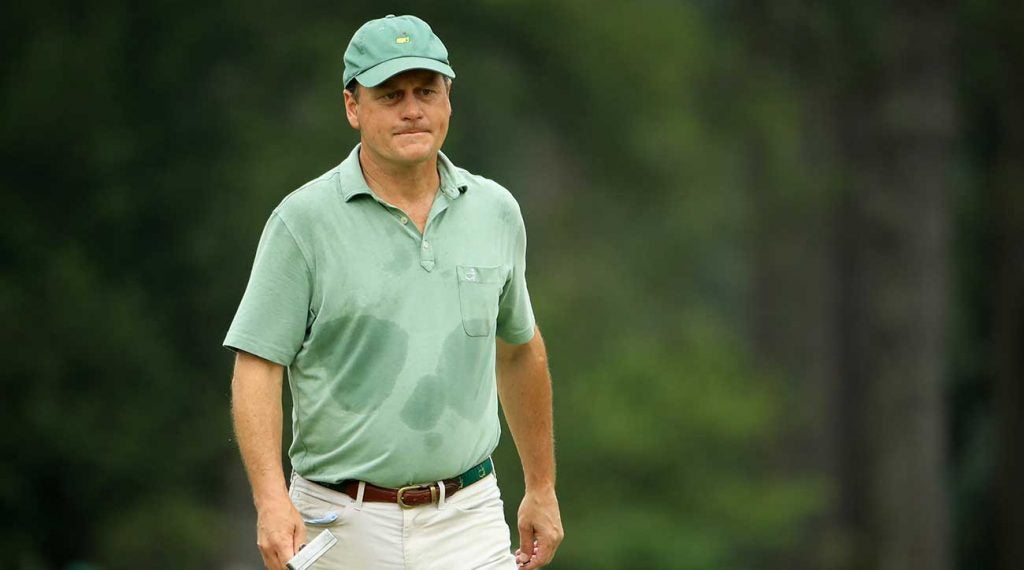 Paul Casey: “Even Tiger said to me on the putting green, he goes, ‘Seriously, dude. He’s played the last eight weekends at the Masters. He’s got to be a regular.'” It was great fun. That was the best experience I’ve ever had with a marker. He knocked it down the first fairway, rolled it up, just misses birdie. Second, just skirted birdie. Three, hardly missed that one. Four, hit it close inside of me. Three and four, it was great stuff. Six he said he aimed left of the pin, because he hates hitting that pin and ricocheting back into the bunker. He landed that far from the hole, Ben Hogan-style. He played better golf than a lot of the pros will play today.”

Rory McIlroy: “He beat me by one. I thought he was going to be nice and three‑putt the last and we would have a halve, but he beat me by one. He obviously knows this place so well and gets it round. I don’t think I’ve ever seen anyone putt the greens as well as he does around here. He was really impressive. I was thinking of maybe getting him to read a few of my putts out there.”

Jason Day: “I just didn’t want Jeff to beat me. I heard that he beat Rory. He said he was nervous on the first tee and I’m like, in my head I’m like, I’m kind of nervous because I don’t want to let my marker beat me. So, it was kind of neck and neck. I bogeyed the second hole and he parred it and he kind of had a little 1‑up lead there for a bit, so I’m glad I ended up carrying out the back side.”

Eddie Pepperell: “I did beat him, so you can actually report that. I don’t want you to miss that. Going around I did beat him, which makes me better than Rory McIlroy, apparently.”

Kevin Kisner: “If the PGA Tour played every event at Augusta National, Jeff Knox would be on Tour. He doesn’t miss inside of eight feet.”

Justin Thomas: “The dude’s an absolute legend. I’d take him over anyone in the world on those greens, hands down.”

Kevin Kisner: “The thing I’m so impressed with is that he’s over 50, he doesn’t hit it that far — he’s 30 yards behind me and hitting 3-wood into these holes — and it doesn’t faze him. He just gets it around the green, chips it inside six feet and makes the putt.”

Rory McIlroy: “He knows every blade of grass. That’s so key — more than anywhere else we play.”

Eddie Pepperell: “I wasn’t sure I was playing with him until I saw him on the range hitting balls, actually. And then I saw him swinging it and I thought I’m in trouble. Yeah, he has a really nice swing. The course is probably a little too long for him at this point, but man he’s a good player and his short game was brilliant. And he was nice, really good to play with, actually, so dare I say it, he’s the friendliest professional that I ever played with.”

Steve Stricker: “He’s a great guy. Nice player, too. We had a good time going around. It helps to play with somebody. Especially of his caliber. He’s a good player and I could tell he’s been around here a few times. He never misread a putt.”

Larry Mize: “He hits it good, he’s a good putter, good chipper, he’s just a solid all-around player. I didn’t see anything I didn’t like, basically.”

Jim Furyk: “[He] could beat half the field who made the cut.”