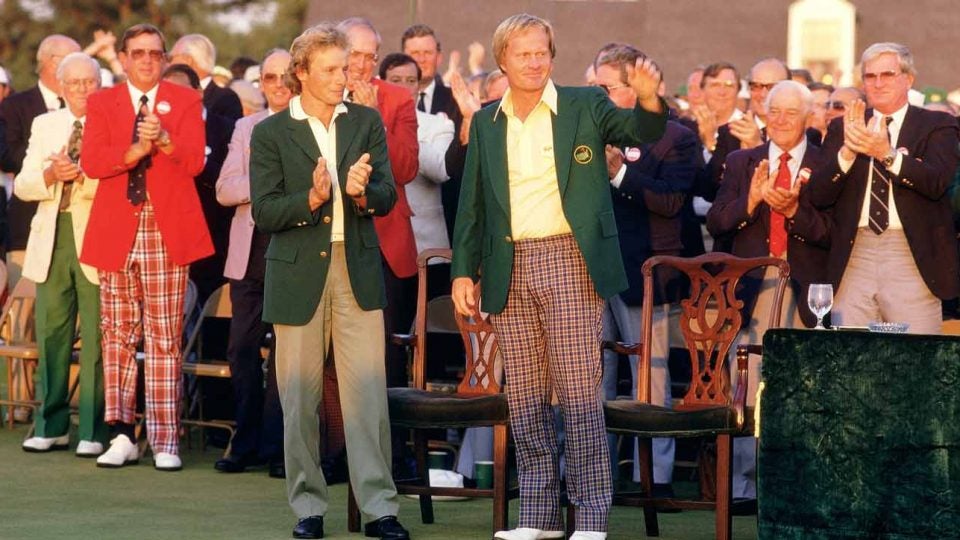 Heading into the 1986 Masters, Jack Nicklaus was in a funk. He hadn’t registered a top-10 finish in nearly seven months. His last win came in 1984 and he was six years removed from his last major title. There were whispers that the Golden Bear was finished, his best golf years behind him.

Nicklaus’ form was so poor that Atlanta-based scribe Tom McCollister proclaimed “Nicklaus is gone, done. He just doesn’t have the game anymore. It’s rusted from lack of use. He’s 46, and nobody that old wins the Masters.”

The words were harsh, but they weren’t wrong. Nicklaus did appear to be over the hill. It looked as though his next win would come on the Champions Tour rather than at Augusta National.

Those criticisms from McCollister were rehashed in a recent interview on the Charlie Rymer Golf Show.

“I hate to bring it up,” Rymer said. “But they were calling you the ‘Olden Bear.'”

Nicklaus admitted that he heard the noise, and the article was even pinned up on his refrigerator as bulletin board material by his friend John Montgomery.

“I had to look at it every time I opened up the refrigerator,” Nicklaus said. “That was okay. I think the article was very justified. I was getting old and I was playing not very well.”

But as we all know, that was not the case that fateful week in Augusta. Nicklaus found his old form, culminating in a Sunday 65 that earned him his sixth green jacket and final PGA Tour victory.

As Nicklaus told the Atlanta Journal-Constitution years later, “To tell you the truth, I kind of agreed with Tom, I’m afraid, but it helped get me going.”

McCollister poked the bear, and it resulted in one of the greatest triumphs in golf history.