AUGUSTA, Ga. — The 2019 Masters officially started when Jack Nicklaus and Gary Player hit the ceremonial tee shots at 8:15 a.m. A little-known Masters tradition is that the GOLF staffer making their first trip to Augusta National is assigned to cover the opening ceremony. Their tradition and our tradition led to me, a Masters rookie, watching the legends tee off from outside the rope this morning.

Unfortunately, Nicklaus and Player’s prime playing days came before my time. I was never given the pleasure to witness them each play Augusta at the height of their powers. I live vicariously through highlight footage, YouTube final-round videos and “A Pod Unlike Any Other” to get a sense of the impact they’ve made at Augusta and beyond. Now, I’m ready to add the Masters ceremonial tee shots to the list of examples that further demonstrate how much these two legends truly mean to the golf world. 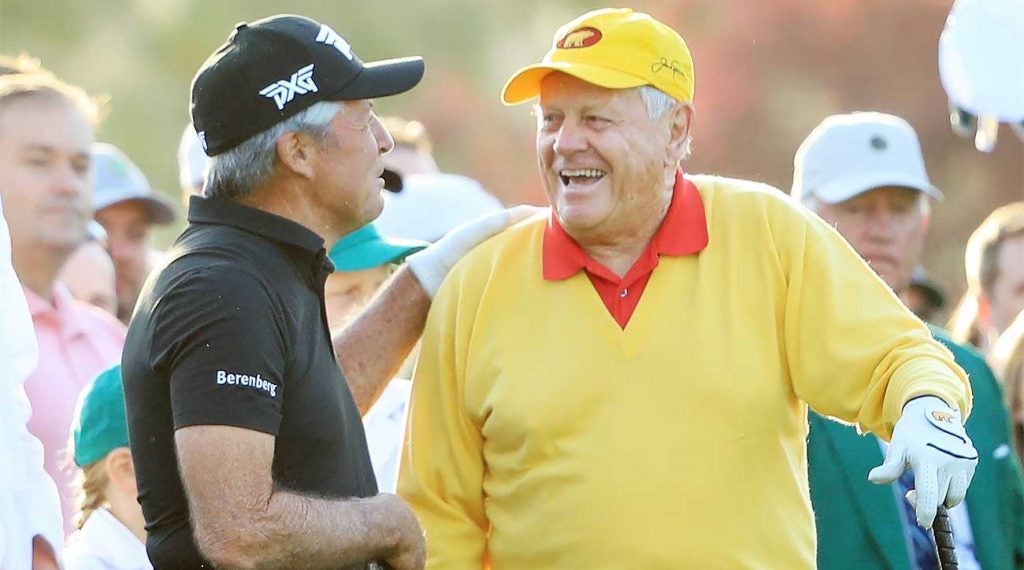 I arrived early for the festivities, and the crowded first tee box was reminiscent to one of a Sunday crowd when Woods is in contention. There was a strong sense of anticipation in the crowd as fans worldwide travel to Augusta to be a part of this moment. Like a true Augusta roar, you could hear Nicklaus and Player approaching before they were even visible.

I perched myself up on a hill off the right side of the tee box to get a bird’s-eye view of Augusta National Chairman Fred Ridley, The Golden Bear and The Black Knight. Ridley was stoic in his introductions and there was a sea of green jacket members in attendance as a friendly reminder that yeah, they belong here. Let’s just say no one was standing 20-deep on their tippy toes to watch one the members strike the ball, though. It might be their club but, in this moment, it belonged to Nicklaus and Player.

Player was first up and I’m still shocked he’s 83-years-old. He’s truly a genetic freak. The man is as limber as a flex shaft and still has a swing that men half his age would die for. With great ease, Player laid out a perfect drive onto the fairway. Nicklaus’ body language said it all. He shrugged and shook his head in disbelief.

After a long, lustrous introduction from Ridley, Nicklaus was up. He took slow, methodical steps to the tee and took what looked like a stiff practice swing. “How did you get loose so quick?” he asked Player. Nicklaus then stepped up and hit a line drive off the left side. While Player might hold the distance advantage these days, something tells me Nicklaus is fine with the tradeoff (he’s got six green jackets to Player’s three).

The legends shared a few laughs and Nicklaus made a point to approach fans standing along the ropes. After making the commitment to arrive early enough to snag one of those coveted spots, there’s no better reward than leaving with friendly exchanges with Nicklaus. That will last a lifetime.

Tournaments
Masters 2019: Augusta National has a secret green that no one knows about

As Nicklaus and Player dispersed, their names were replaced with the first official tee time: Andrew Landry, Adam Lang, Corey Conners. At that point, you could see patrons with chairs in hand ready to make their way out to Amen Corner and camp out.

In the press conference that followed, Player said that, in his opinion, you must win six majors to be considered a golf superstar. Nicklaus corrected him and said he feels the number is 10. Player has won nine.

It was Nicklaus that came away with the final laugh on a morning full of smiles between two of the sport’s greatest legends.