Masters 2019: If Tiger Woods doesn’t win the Masters, this will be a big reason why

Tiger Woods is playing fabulously in this 83rd Masters, but if he comes up a stroke or two short Sunday, he can put much of the blame on a single culprit.

In each of the first three rounds, Woods deposited his tee shot at the newly lengthened par-4 5th into the first of two fairway bunkers that guard the left side of the hole. On all three occasions, Woods had no chance to advance his ball to the green, instead pitching out to the fairway. On all three occasions, he failed to get up and down and had to settle for a bogey 5.

Woods isn’t the only player struggling with the hole. Through three rounds, the 5th has ranked as the toughest hole at the 2019 Masters with a 4.343 scoring average. It has yielded just 10 birdies against 87 bogeys or worse. 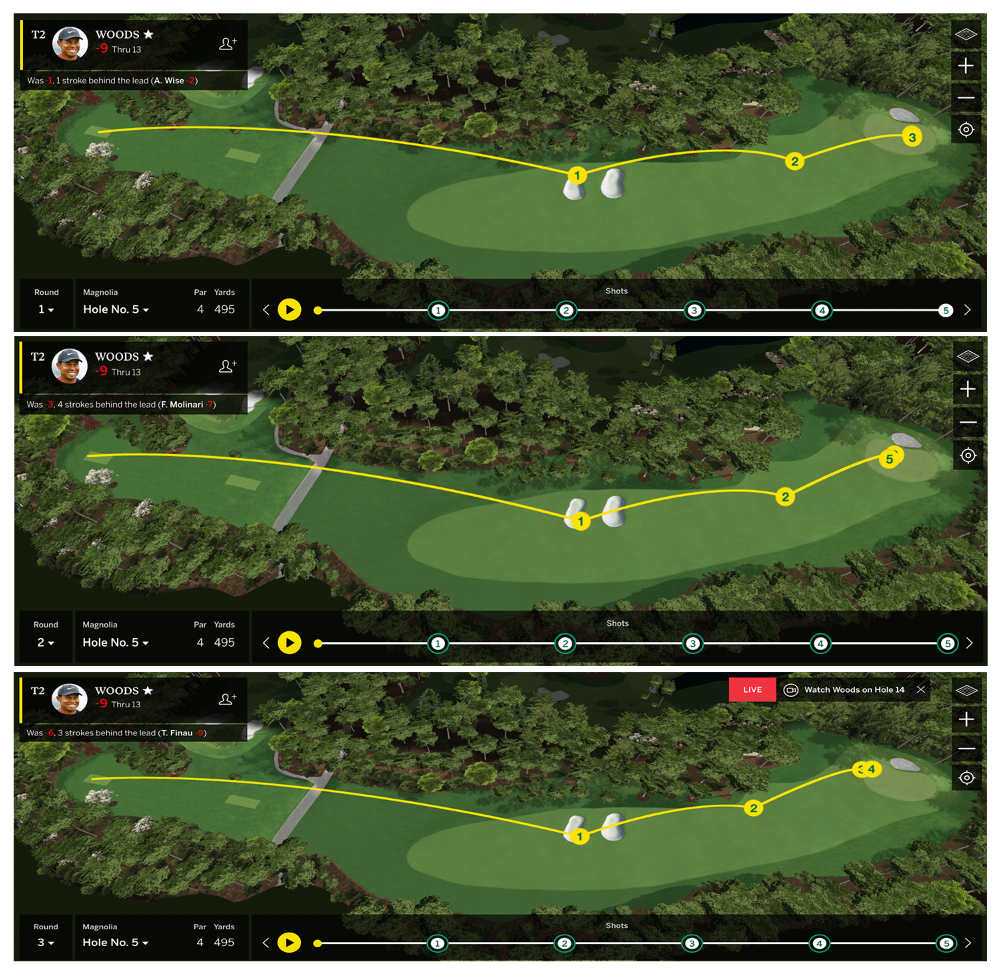 How Tiger Woods has played the 5th hole in the first three rounds of the 2019 Masters.

Earlier in the week Woods was asked about the changes to the hole, which now stretches to a meaty 495 yards. “It’s just long,” he said. “The bunkers, they are still deep. You know, I think they are unplayable to get the ball to the green. You have to be very lucky and get a situation that you might be able to get to the front edge of the green, but you need to stay out of those bunkers.”

Woods has learned that lesson the hard way. To fly the bunkers, players must carry their tee shots more than 310 yards. Woods has failed in each of his attempts. In the first round, his drive came up short of the first bunker, bounding into the left side. In round two, he had a similar result, and in the third round he tried to bleed a fade off the right side of the bunker, but failed, as the right side of the trap gobbled up his ball.

“It will be interesting to see how they set it up,” Woods said of the hole, “but I’m sure that they will do an incredible job like they always do and present us with an incredibly tough test, but one that is extremely fair.”

Beyond the 5th hole, Woods has had little difficulty navigating Augusta National this week. He has made just two other bogeys (at the 17th in the first round and at the 8th in the second round) against 16 birdies.

After a third-round 67, Woods is at 11-under for the tournament, just two behind leader Francesco Molinari.