We’re only a week away from the year’s third major championship, the U.S. Open at Pebble Beach, and many of the world’s best players tuning up across the continent at this week’s RBC Canadian Open.

Here’s everything you missed from Thursday’s action from Hamilton Golf & Country Club. 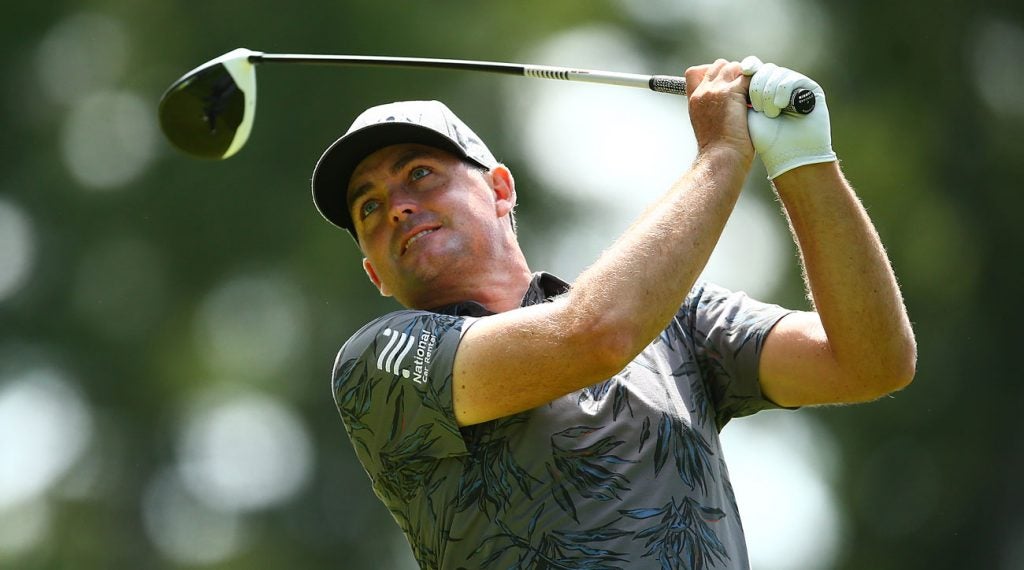 Keegan Bradley fired the round of the day, a seven-birdie-no-bogey 63, to take up residence at the top of the leaderboard by one shot over Ireland’s Shane Lowry and four others at six under par.

Brooks Koepka had a quiet day

The reigning PGA and U.S. Open champ hasn’t played since his triumph in New York last month, and Kopeka was perhaps shaking off a bit of competitive rust on Thursday. He had a quiet opening round in Canada, carding two birdies and two bogeys for an even-par 70. He’s currently T-84, so he’ll have to pick it up just a touch if he wants to stick around for the weekend.

Driving
The keys to Brooks Koepka’s golf swing, according to artificial intelligence
How'd the other headliners play?

Matt Kuchar was the best of the other notable players on Thursday, with a first-round score of 65 (five under par). He’s currently T-7.

Matt Kuchar’s putter is heating up.

He knocks in his 5th ? of the day to get to -5.#LiveUnderPar pic.twitter.com/IwFeCI0hPV

The award for most surprising performance belongs to defending champ Dustin Johnson, who is T-105 after firing a round of one over par. Johnson made five bogeys on Thursday, but unfortunately also carded six bogeys.

Bubba Watson and Zach Johnson also shot one over.