Greg Norman on Fox Firing: I Was Prepared; I Did My Homework 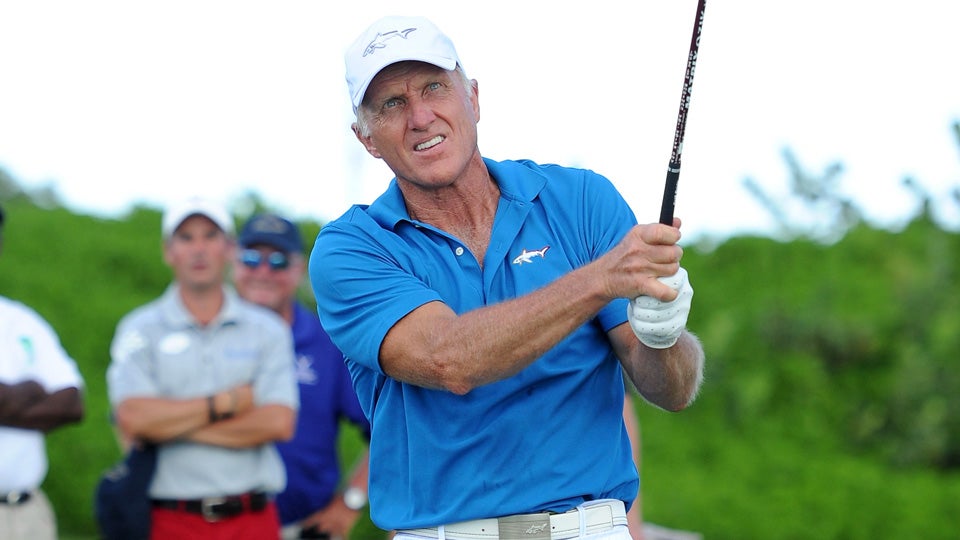 Greg Norman says he was “handcuffed” during his short tenure as the lead golf analyst for Fox Sports, and he disputes reports that he came into telecasts unprepared.

In an exclusive interview with GOLF LIVE, Norman spoke at length about his recent dismissal from the network. The two-time major champion was especially vocal about the perception that he had not done his homework for the U.S. Open telecast at Chambers Bay last June.

“I was prepared,” Norman said. “Somebody told me that the only information I knew was about Australian players. I can rattle down the list with a lot of other U.S. players. I actually went to Chambers Bay with a list of 25 to 27 players that I had done my homework on — their caddies, their coaches. I’d spoken to 14 different coaches. I will happily show you the printout I did on every single one of the players: what they have in their bag, their workout program, what are their goals, how are they going to set it, what are their weaknesses, what are their strengths. I had these on cue cards in front of me all the time.”

Norman also said that he wanted to air a couple of pieces on the inconsistency of the Chambers Bay greens, which drew gripes from many of the players and turned into one of the biggest storylines of the week. Fox producers rebuffed the idea, he said. “The greens were not U.S. [Open] quality greens for the players to play on. And there was a reason why…it was a reason the masses should have heard,” Norman said.

“That’s something I was handcuffed on,” he added. [Fox Sports declined to comment.]

When Fox fired Norman in January, he was stunned.

“We had, quite honestly, incredible pre-game meetings, post-game meetings, and there was never any indication that I was going to get the boot up my butt,” he said. “So it came as a total surprise to me. And the reasons for it are just so off base. They called me ‘unpredictable.’ That’s basically the reason why they let me go.

If offered another broadcasting job, Norman said he would consider a return to the booth.

“The reason I say yes is because I have so much information about the game,” he said.