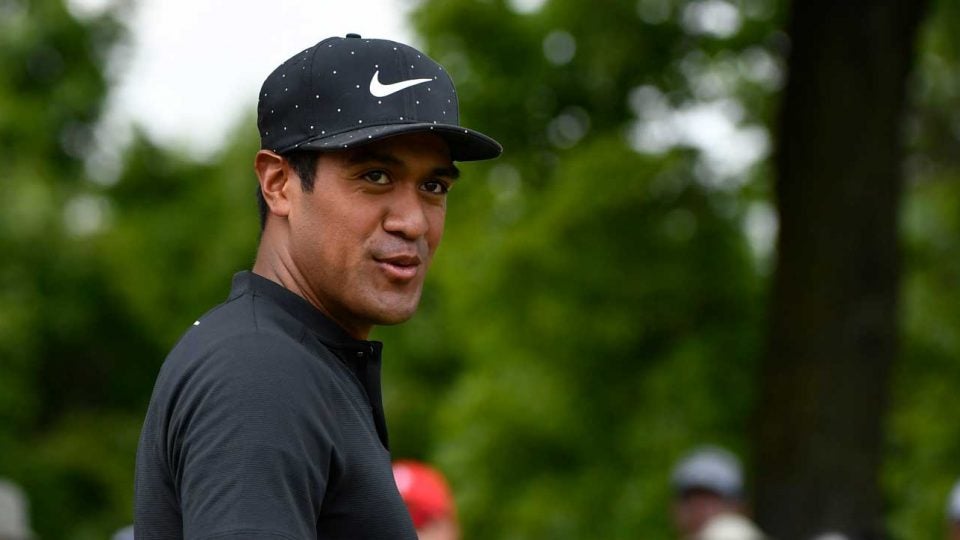 On an eventful Monday at Aronimink, the final piece of the Ryder Cup puzzle came into place. Captain Jim Furyk chose Tony Finau as his final captain’s pick, rounding out the 12-man squad headed to Paris at the end of the month.

Furyk was scheduled to announce the pick Monday morning, but when thunderstorms rained out the final round on Sunday, Furyk’s announcement was postponed. At 4:45 p.m., it arrived on Twitter.

Finau has played steady golf all season, unable to win, but notching 11 top 10s along the way, including one Monday after a finishin 65. Finau quickly took center stage on the U.S. Ryder Cup Twitter account.

The final Captain’s Pick is in. Welcome to the team, @tonyfinaugolf!#GoUSA pic.twitter.com/7YaU3q7m7n

Though Finau was a favorite for the pick, there was plenty of public debate that included Xander Schauffele and BMW Champion Keegan Bradley. While Finau’s lacked in the victory column, he did finish second three times. And beyond that, his ability to make birdies is all-world. Finau is ranked 11th on the PGA Tour in birdie average, and sixth in eagle average. He made the cut in every major and finished in the top 10 at the first three.

The Ryder Cup begins Sept. 28 in Paris at Le Golf National. The full American team is listed below.