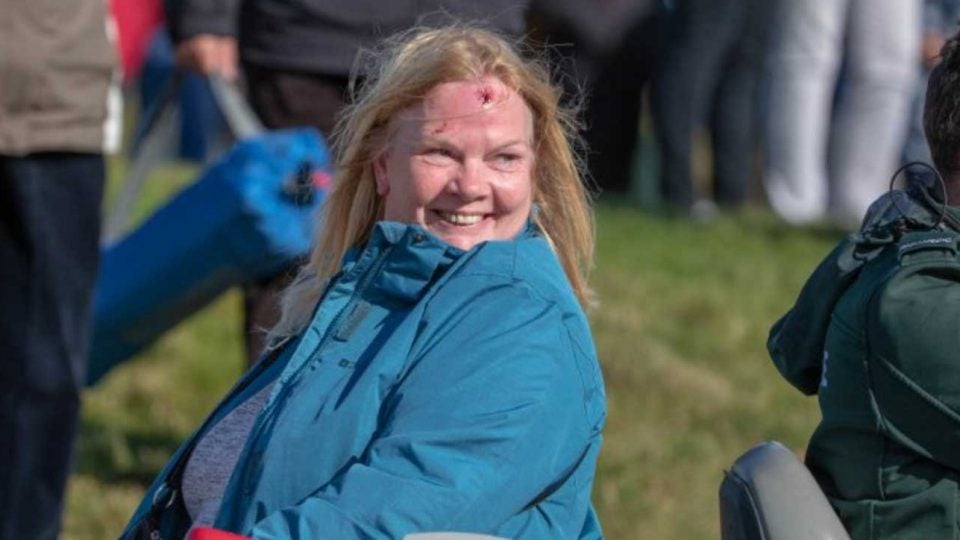 ST. ANDREWS, Scotland (AP) — A spectator has been struck on the head by a golf ball at the Dunhill Links Championship, less than a week after a similar incident at the Ryder Cup left a woman potentially losing vision in her right eye.

The female spectator was pictured bleeding from a head wound after being hit by a tee shot from Tyrrell Hatton on the 15th hole at Kingsbarns, one of the three courses staging the Dunhill Links.

She was treated on the course by paramedics before being taken by buggy to the medical center on site.

At the Ryder Cup outside Paris last week, a spectator was struck by a wayward tee shot by Brooks Koepka. According to French media reports, doctors say she has lost sight and she is considering legal action.

Koepka is also playing at the Dunhill Links.