‘I won’t miss the place’: Ernie Els is fed up with the Masters and Augusta National 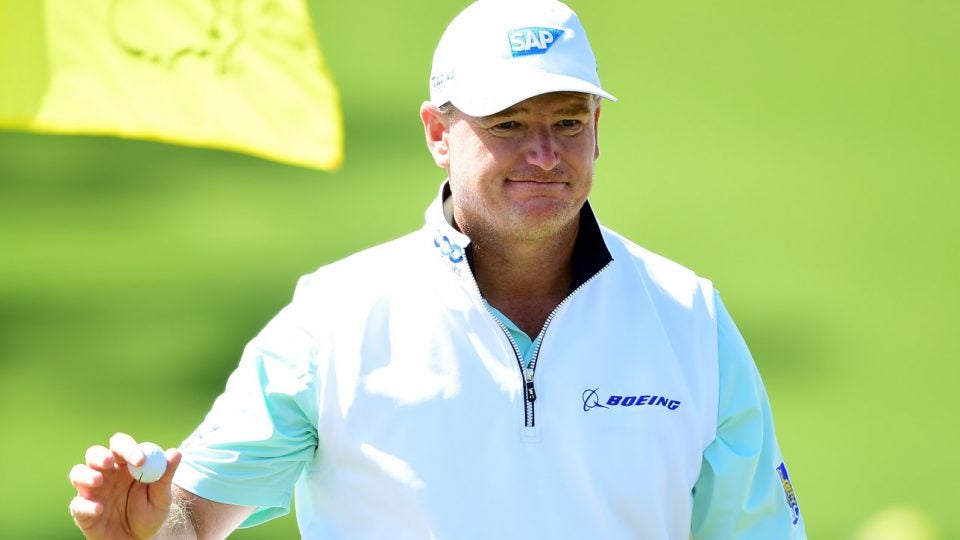 Most of us are used to hearing Augusta National and the Masters showered with praise, but one golf Hall of Famer has had enough: Ernie Els.

In an interview with the New York Post‘s Mark Cannizzaro, Els vented his frustration with the first major of the year, referring to his struggles at the event as a “f—-ing nightmare.”

Els made the comments following Friday’s round at the Arnold Palmer Invitational, where he shot a 75 to miss the cut.

“To be honest with you, I won’t miss the place… I had enough of it,” Els told the Post.

The “it” Els is referring to his poor performance at the Masters during his long career on the PGA Tour. Els last played in the Masters in 2017, though he was invited as an honored guest last year. Given his drop in the world rankings, there’s a good chance he won’t play there again. And that’s just fine with him.

“I’ve got a love-hate relationship with the place. It was always almost like a curse to me,” Els said.

Ernie Els is a four-time major champion, but he has never won the Masters, which would have earned him a lifetime spot in the event (and a very valuable green jacket). In all he has played in 23 Masters, and even had runner-up finishes in 2000 and 2004. But Els admitted he’s “played it terribly” in recent years.

Despite his mixed career results, Els feels snakebitten by the much-loved event. He even suggested that certain players just get good breaks at Augusta National, while for others tragedy seems to always strike at the worst moments.

As he told the Post, “When a thing stings you it keeps stinging you.”