The PGA Tour kicks off its five-event West Coast swing this week at the 2019 Desert Classic in La Quinta, Calif. While the Stadium Course at PGA West will be the solo track for Sunday’s final round, the tournament will rotate between the Stadium Course, the Nicklaus Tournament Course, and La Quinta Country Club through the first three rounds.

The event, which has a 54-hole cut, is highlighted by defending champion Jon Rahm, World No. 1 Justin Rose and Phil Mickelson. 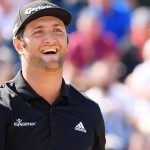 You may also like Fantasy Six Pack: Get these players in your lineup at the Desert Classic

Ranked No. 7 in the world, Rahm will be playing alongside Chez Reavie this week. The duo will begin their opening round from the first tee of La Quinta Country Club at 1:20 p.m. ET on Thursday. Rahm, who enters as the odds-on favorite to win the Desert Classic for a second straight year, finished tied for eighth earlier this month at the Sentry Tournament of Champions in his last appearance on the Tour. His latest victory came at the Hero World Challenge last month.

Rose also begins his opening round from the first tee of La Quinta CC on Thursday. He will be paired up alongside Zach Johnson through the first three rounds, with their first round tee time set for 11:40 a.m. ET on Thursday. Rose’s last appearance was at the Indonesian Masters in December. 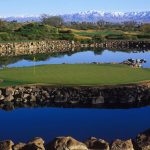 You may also like 5 things to know about the Stadium Course at PGA West, home of the Desert Classic

As for Mickelson, whose last event was The Match vs. Tiger Woods, he’ll be playing with reigning PGA Tour Rookie of the Year Aaron Wise. Lefty’s opening round will commence from the first tee at La Quinta CC at 12:10 p.m ET on Thursday. His last appearance on Tour came at the Safeway Open this past October, but his most recent victory came almost a year ago at the WGC-Mexico Championship.