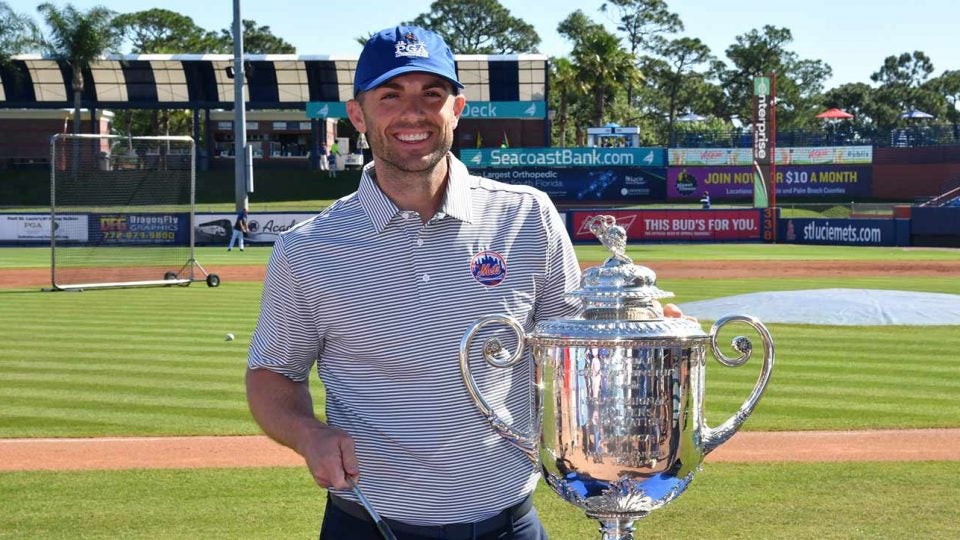 David Wright made his mark on New York playing third base for the Mets for 15 seasons. Now that Wright’s playing days are behind him, he’s free—for the first time ever—during the golf season. He also understands what it’s like to play in front of a New York crowd better than anyone, making him the perfect PGA Championship ambassador for the action at Bethpage Black.

GOLF.com caught up with the seven-time All-Star to get his thoughts on New York sports fans, the similarities between a baseball and golf swing and what golf’s best can expect to experience at Bethpage.

Tim Reilly, GOLF.com: How did becoming a PGA Championship ambassador come about?

David Wright: Mets owner Jeff Wilpon is a big golfer and was contacted by the PGA. He asked a few months back if I would be interested and I jumped at the opportunity. After baseball, I’ve had a void without competition and competing to get better at something. Golf has helped fill that void for me. I played a little bit when I was younger and stopped playing consistently once my pro baseball career picked up. I put it on hold indefinitely once I started dealing with back injuries toward the end of my career.

Now golf gives me something to work on and get the competitive juices flowing. I’m so interested in golf nowadays that this seemed like a great opportunity for me to get more involved with the sport in a different way.

Does your injury history prevent you from being able to play as much as you’d like in retirement?

Wright: There are good days and bad days. I just have to listen to my body and take it from there. For the most part, I’ve been able to get out and play when I want to though.

Wright: I’m just starting to make a more concentrated effort on my game after years of only playing sporadically. My handicap is 14 right now. I’m excited about the amount of room for improvement I have and I’m anxious to see where I can take my game. I’m starting to be able to feel things I’ve been taught over the last few months and I’m already getting much better at shaping the ball.

What have you found helpful in transitioning from a baseball swing to a golf swing?

Wright: There’s probably a lot more differences than similarities. When I loaded up my baseball swing, my back elbow would kind of fly up and I would get my power from my upper body and back elbow which is the opposite of what you want in golf. That’s been a big challenge for me. The weight transition is a big difference than a baseball swing. As far as the mental side of it, there are a lot of components that are the same. There’s a lot of the same actions. You work from the ground up in a baseball and golf swing. Using the ground as leverage has made a lot of my lower body movements similar. The upper body is where I need some work.

The PGA Championship will be held at Bethpage Black, not too far Citi Field. Have you played the course before?

Wright: No, despite being so close I never played golf on my off days during my playing career. Those come far and few between in baseball so I always took advantage of that time to rest. I would play a lot during Spring Training when I was younger but I was never one to play much once the season was underway. 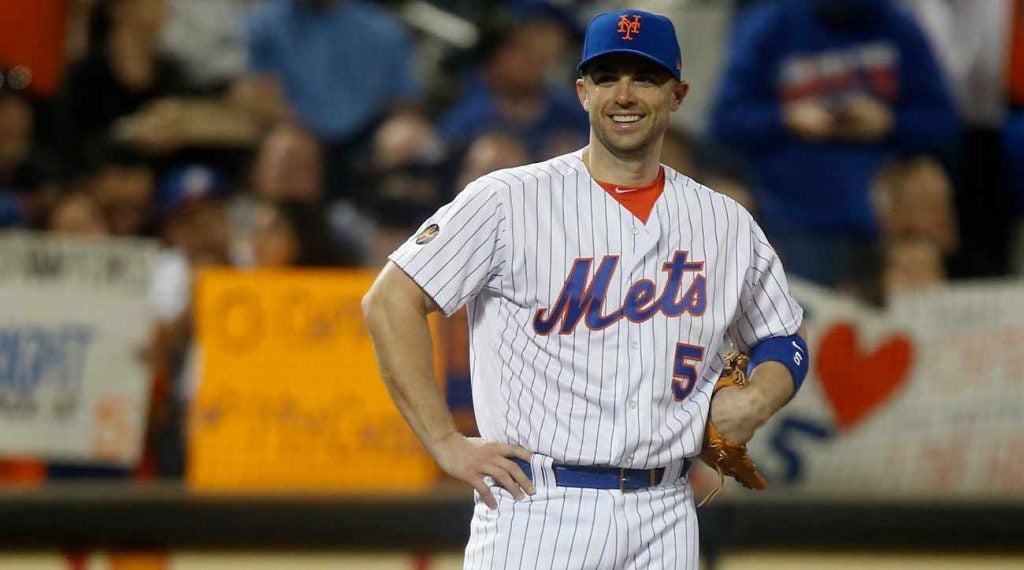 David Wright knows New York fans as well as anybody.

On the rare occasions when you would play during the season, were there any courses that stood out?

Wright: When the MLB All-Star Game was in Anaheim our second half started in San Francisco. I used one of those off days to play Pebble Beach. I had to make an exception to my rule for a stop like that.

Wright: Selfishly, that’s been the best part of my role as a PGA Championship ambassador. So many people have approached me with the opportunities to play so many great courses. People keep handing me business cards and tell me to call if I ever want to come out and play the course they belong to. There are quite a few people out there that are going to be surprised when I take them up on their offer now that I have all this newfound free time.

What are your bucket list courses that you’re hoping to get onto?

Wright: I have to play Bethpage Black. That will be one of my first orders following the PGA. One of those offers I mentioned was to play Shinnecock. I’ll be taking that one up. I’d love to get some buddies together for a week or two golf trip across Europe. That’s something I really want to do with my friends. Like everyone else, Pine Valley and Augusta are on top of my list.

What excites you most about watching the action at Bethpage?

Wright: I’m really excited just to soak it all in from a fan’s perspective. That and following around Tiger, Rickie, Rory and golf’s best. I’m going to be mindful of how they approach the course and keep that in mind for reference when I take a stab at Bethpage myself.

Were there any teammates whose golf games stood out?

Wright: When I was coming up I played a good amount with Mets owner Jeff Wilpon. He’s a scratch golfer so he’s got some serious game. Tom Glavine and Jeff Francoeur were probably the two best golf teammates I ever played with. Frenchy was always trying to get me out on the course more often. He could smoke the ball.

Being in West Palm Beach for Spring Training every year puts you in the heart of PGA Tour player country. Did you cross paths with Tour players a lot?

Wright: We would see them practicing at courses like The Floridian and Seminole. I would watch them in awe at how they hit the ball and their focus on the range. Their determination was inspiring. Tiger’s restaurant, The Woods (in Jupiter), was a popular stop for us too. You could find a lot of baseball players and golfers hanging out in there at any given time.

We’re going to hear a lot about the New York crowd throughout the PGA Championship. Having spent your entire playing career there, what’s different about a New York sports crowd compared to other cities?

Wright: How much time you got? I think the intensity and passion are the first things that come to mind. I was lucky enough to play for 15 years and I’ve played in every city available. Let me tell ya, there’s nothing that comes close to the knowledge of the fans, the energy they bring and excitement they have for sports in the New York area. I’m really looking forward to seeing how what I’ve experienced at Citi Field translates into the stands at Bethpage. Tiger has turned things up after winning the Masters. I think that’s going to bring crazy energy at Bethpage along with it.

When you think of golf crowds you don’t often think of loud. I think it’s going to be a different vibe than these guys see at other Tour stops. I have a feeling it’s not going to be as quiet as some of the guys might like it to be. Knowing the New York fans like I do they bring the noise and get excited during big championship moments. I’m expecting big things out of the crowd.

Is it odd for you to transition from competing in front of loud, raucous crowds to silence on a golf course?

Wright: It’s a little strange. There are a few guys I play with that back away from a shot because they might hear something. I’m not like that at all. I guess it comes from playing baseball all these years in front of stadium-filled crowds. I don’t get fazed out there by much.

Who’s your pick to win?

Wright: I’m going with Marc Leishman. That’s a homer pick though. He married a girl from Virginia Beach, my hometown, and we belong to the same club down there. We try to help each other out with our charity work and he’s just a really great guy. I’ll be pulling for him on a personal friendship level.