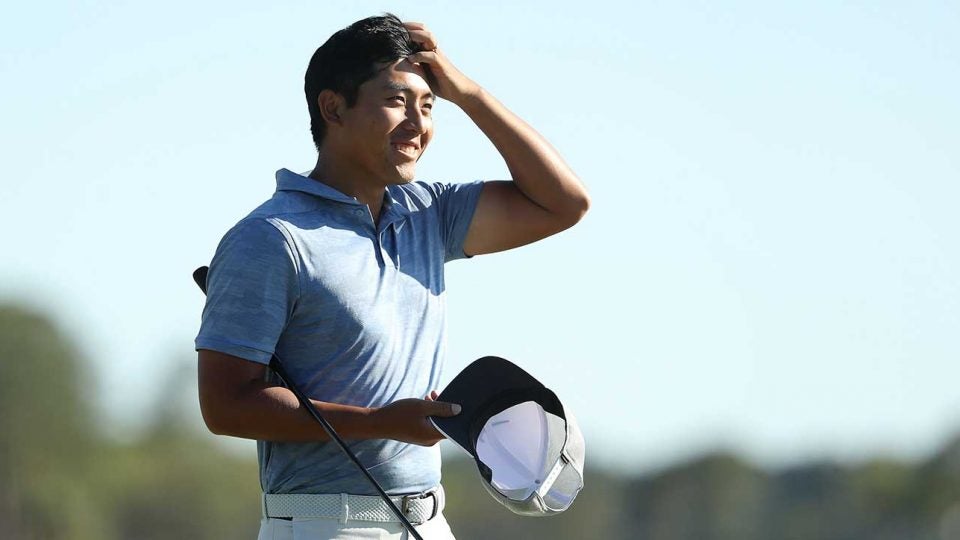 C.T. Pan closed with a 67 to win for the first time on the PGA Tour.
Getty Images

C.T. Pan wasn’t about to celebrate prematurely — he had a potential playoff to get ready for.

Minutes after he tapped in for a four-under 67 on Sunday at Harbour Town, Pan hopped in a golf cart and went to the driving range. Patrick Cantlay and Shane Lowry both had a chance to catch him.

But when Cantlay failed to chip in and after Lowry couldn’t hole out from the fairway, Pan was told he had officially secured his first career PGA Tour victory. He threw his hands into the air.

“It’s very surreal, for sure,” he said afterward. “And I just didn’t envision my win like this. I was ready for the playoff, too. So hard to convince myself that actually I had a shot at winning. I just tried to get myself ready, get prepared for the worst outcome, I guess, for the playoff. And even being right here right now it’s very hard for me to believe I won a tournament, a PGA Tour event.”

Pan, 27, finished at 12 under to win the RBC Heritage, besting one of the hottest players on Tour, Matt Kuchar, by one.

His victory this week was ironic timing, too, since recent Masters champ Tiger Woods is part of the reason his parents got him and his siblings into the game while growing up in Taiwan. Pan’s mother was a caddie (and still is) and his dad worked at a golf course as well.

“[My dad] told us that he believed this sport has a really good potential in the future,” Pan said. “And obviously I didn’t know anything back then.”

Once he got hooked, Pan would stay up late with his dad to watch the Masters and other PGA Tour events in which Woods dominated.