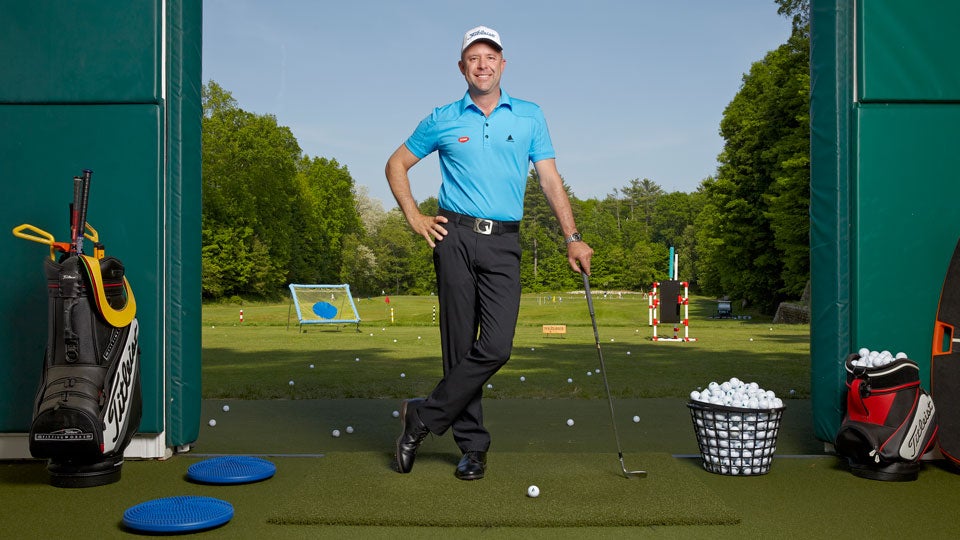 [This story was published prior to the 2015 PGA Championship at Whistling Straits.]

Every year, 20 club pros vie with the world’s best players for the Wanamaker Trophy at the PGA Championship. Under that kind of pressure, their swing thoughts are plentiful — and a little panicky. Four past competitors reflect on what it feels like to plant a peg next to the biggest names on Tour.

Ryan Polzin, 35 (Royal Oaks Country Club, Houston, Texas; competed in 2013): If anyone tells you they aren’t nervous, they’re lying. But you take a few deep breaths, soak it all in, and realize your abilities got you there. So many people knew my name and wanted my autograph. It made me feel like I belonged.

Labritz: The mentality has to be, “I’m here at [the PGA Championship]. I like the golf course, I like the layout. If I shoot a couple under par each day, I can get to 9- or 10-under. I’ve done that before.”

Sheftic: The refreshing thing is that I saw [the Tour players] hit great shots, and I saw them hit bad shots. I saw them go through the same emotional roller-coaster that the rest of us do.

Mike Small, 49 (head golf coach, University of Illinois; competed in 2004-07 and ’09-’13): I still remember Medinah [in 2006] to this day. I missed the cut by a shot. I was inside the cut line with three hours to go in the afternoon. In a major, in the afternoons, the cut line never falls. The scores only get higher and higher because it’s a major.

Sheftic: I wore myself out at Hazeltine [in 2009]. I couldn’t leave the facility! I played too much golf, hit too many range balls, hung around too much. By Thursday, I was done because I was having too much fun. I wanted to soak up the experience, because sometimes you say to yourself, “Man, I’m never going to get back here.”

Labritz: The first cut I made was at Whistling [in 2010]. When I made the last putt it was almost a sigh of relief. My God, I’ve worked my entire life for this moment. Talk about validation. My eyes welled up. I got a little teary. I gave myself a pat on the back.

Labritz: I played with Rickie Fowler in the third round at Whistling Straits. While we were walking up to our 50th hole or so, he said, “Dude, why are you not out here?” I said, “Well, I’m a club pro. That’s why I’m not out here. You’re a Tour star—I’m not a Tour star.” But he told me I had all the game to be out here. That meant a lot to me.