Charley Hoffman Q&A: On winning, falling short, and wanting it too badly 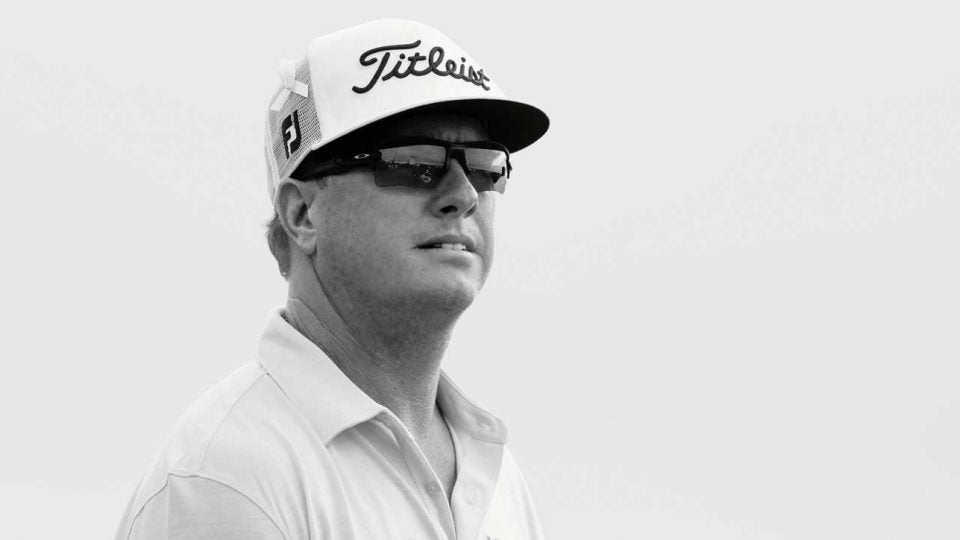 Charley Hoffman has shown an ability to contend at Augusta National, but could he ever win there?
Getty Images

He’s been almost there so many times. Maybe that’s why Charley Hoffman, perennial runner-up finisher, has such a winner’s perspective on the difference between being first — and being first-class.

You’ve been on Tour full-time since 2006 and, recently, consistently near the top of the leaderboard, with 14 top-25s in 2017 and nine more this season. Do you take pride in that consistency?

You know what? No. I probably take more pride in trying to win golf tournaments than in finishing top 25. Each and every year, trying to assess where you need to get better — that’s what I pride myself on.

You’ve had four career wins but seven second-place finishes, including a couple in 2017. At last year’s WGC-Bridgestone you were caught on camera telling your caddy you were “tired of finishing second.”

Yeah, there is definitely frustration. Maybe that’s why I haven’t won as many tournaments [as I should have] — there’s too much desire to win. Looking back, maybe winning is one of those things you’ve just got to let happen. There’s been periods of my career that I’ve not played  well and won, and in some of my wins I’ve played amazing. You can’t really predict what’s going to happen on Sunday.

You really think it’s possible to want to win too badly?

If it affects the way you go about playing golf, yes. If you play different the first few rounds versus the final round, then, yes, it can affect you. I think I’ve learned through the years that, say, playing conservatively with a lead doesn’t work for me. You’ve got to keep doing what you’re doing: being aggressive, making birdies. Guys don’t fall back very often on Sunday. What I’ve found to be more successful is trying to keep that pedal down.

You’ve competed in 30 majors without much success. Does that pedal-to-the-metal mentality not match up well with major championships?

I think I’ve had success at the Masters, where the course fits my eye and game. In a few of them, I haven’t finished on Sundays the way I wanted to. Hopefully, in the next few years, I’ll have a chance to knock off a W.

How about another big event you took part in: the 2017 Presidents Cup. You finally got the call to play in your first U.S. team event. How special was that week at Liberty National?

Great. Obviously, to be part of the team is something I’d never experienced before, and it’s something I’d like to experience again. Kevin Chappell and I got off to a good start on Friday, made a bunch of birdies and won our match, but when Saturday, Sunday came around for me, I was pretty burned out from the amount of golf we played.

Immediately after the Presidents Cup, tragedy struck your adopted hometown of Las Vegas. It’s been quite a year for the city where you went to college and now call home, and you’ve done so much to give back to people affected by the concert shooting. Do you remember that night?

Yeah, we were celebrating the Presidents Cup victory, and I was getting some social media or texts, I’m not exactly sure. And I’m like, I wonder what’s going on? I remember seeing something that said “Pray for Las Vegas.” But it’s the night of the Presidents Cup win, and after a couple of drinks I didn’t really think much of it. So I was asleep through most of the initial part of it, then woke up to read about it. It’s still numbing.

A month after the shooting, the Shriners was played in Las Vegas, and you donated your winnings. Did you know right away you had  to do something to help?

Not really. The tournament director approached me and was like, what do you think about this and that? I go, “Let me talk to my wife and maybe we’ll come up with some ideas.” I hung up the phone, my wife was sitting next to me, and I go, “I think we should give my paycheck to the victims of the shooting.” Which is hard, because Shriners Hospital is the main beneficiary of the tournament and is a great organization with a million great causes. I’m grateful they gave me the platform to help those [Vegas] families out. It was a no-brainer when it was said and done.

You’ve done quite a bit over your career to help others, raising more than $2 million through the Charley Hoffman Foundation. Where does that need to give back come from?

The Tour. They sort of instill it in you. Once you get out here, you see how much everybody does — the PGA Tour, the [sponsors], the other players. I always dreamed of being able to play professional golf, but I never dreamed I could give back and make a difference in the world in the way we have. And that’s a way better feeling than winning golf tournaments. There’s no question.