The 30-second guide to the RSM Classic: CH3 ends his drought 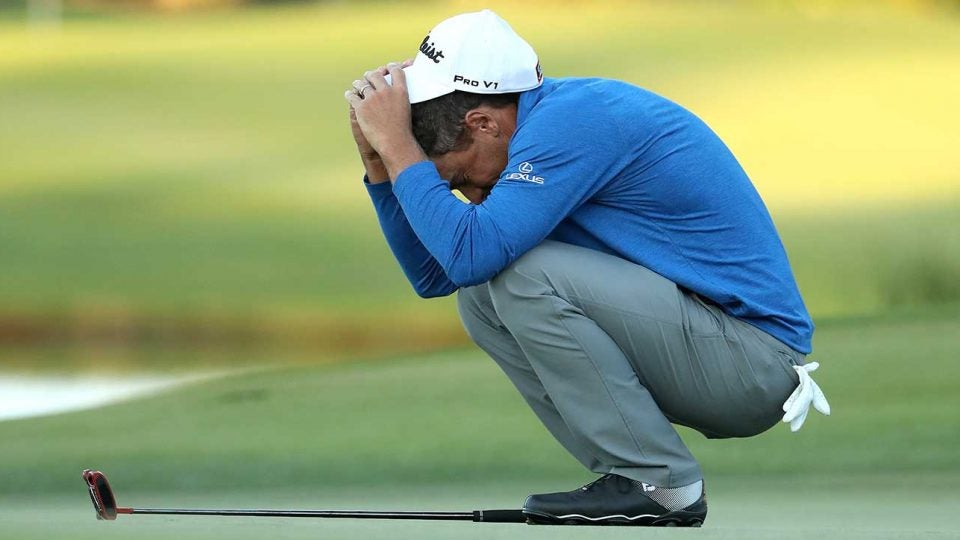 The final full-field PGA Tour event of the calendar year, the RSM Classic at Sea Island Resort, finished on Sunday in St. Simons Island, Ga. Here’s what you missed.

How it happened: Charles Howell III led by one after 54 holes, but Howell, Webb Simpson and Patrick Rodgers were all tied at 18 under with just a few holes to play. Rodgers, who was bogey-free on the day, shot 62 (five-under 30 on the back) to take the clubhouse lead at 19 under. Minutes later Simpson missed a birdie putt on 18 that would have tied Rodgers and then, in the final group, Howell missed his birdie chance to win from 22 feet, leading to a playoff between him and Rodgers. After pars on the first playoff hole, the par-4 18th, they returned to the 18th tee a second time and Howell drained his birdie putt to win.

Why it matters: The 39-year-old Howell turned back the clock to win for the first time since the Nissan Open in 2007, when he beat Phil Mickelson in a playoff. It’s the third career PGA Tour victory for the long-time pro. It also improves his playoff record to 2-4. Last year he lost a playoff to Kyle Stanley at the Quicken Loans National.

Notables: Simpson finished alone in third at 18 under, Cameron Champ (16 under) was sixth, and Zach Johnson and Kevin Kisner (15 under) tied for seventh. Tournament host Davis Love III finished six under, tying for 65th.

Best finish by an insurance salesman: Former Tour winner Jason Gore, who now focuses more on his insurance business, was in the mix after 54 holes, trailing Howell by one, but he shot 72 on Sunday and finished 13 under and tied for 15th. The 44-year-old won once on the PGA Tour and seven times on the Web.com Tour, banking more than $6 million in his career. He received a sponsor’s exemption into the event.

Best closing round: Rodgers followed his Saturday 61 with an eight-under 62 on Sunday. Per Golf Channel’s Justin Ray, it’s the closing 36-hole record on Tour.

Best birdie from a terrible lie: Howell didn’t let a bad break slow him on the 10th hole.

Another bad lie, another great shot.

Best quote: “My kids are now to the age where they are in to it, they are into sports and golf and all of that. So they get what’s going on and they get that I have failed a lot of times, unfortunately. It was different today.” — Howell

Up next: The World Cup of Golf begins Thursday in Australia, but the majority of the golf world — and non-golf world — will be focusing on “The Match” between Tiger Woods and Phil Mickelson, which is at 3 p.m. ET on Friday.