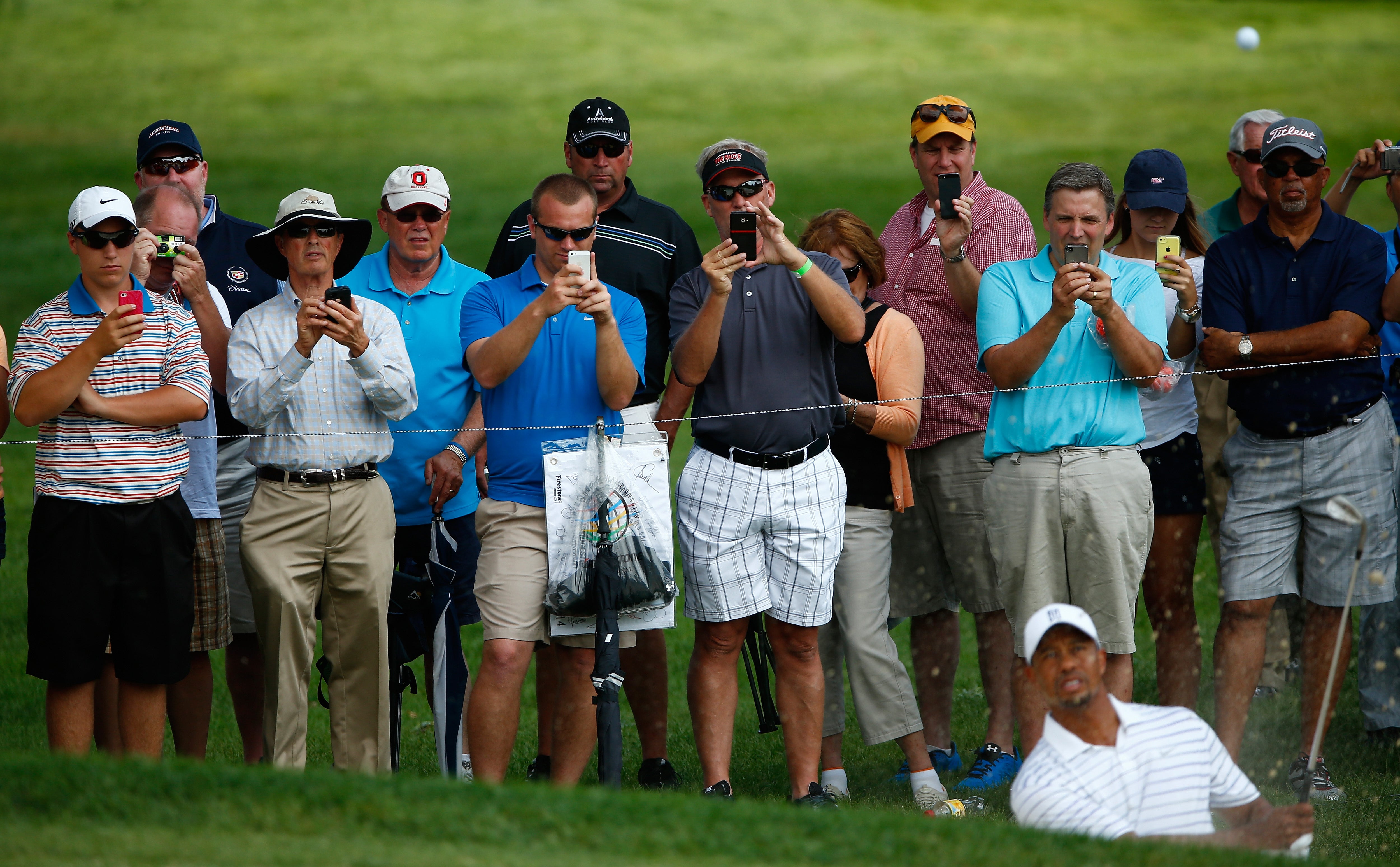 Fans photograph Tiger Woods on their cell phones during a practice round for the World Golf Championships-Bridgestone Invitational at Firestone Country Club South Course on July 30, 2014 in Akron, Ohio.
Sam Greenwood/Getty Images

The use of cell phones will be allowed at the 2015 U.S. Open at Chambers Bay for the first time in championship history, the USGA announced in a press release Wednesday.

“Spectators may carry mobile devices smaller than 7 inches in length and/or height, including cellphones, smartphones and PDAs,” the press release reads. “All device volume controls must be set to silent or vibrate at all times.”

The policy applies to all cell phones, smartphones, and PDAs, but excludes tablets and computers.

The USGA has created four designated ‘phone zones’ for patrons of the event, where they will be able to take advantage of on-site wifi and removed areas for non-disruptive phone use.

The decision by the USGA coincides with the launch of the new USGA.org that boasts an “enhanced fan experience” by offering exclusive content over their phone app and on usopen.com, said USGA Director of Public Relations Janeen Driscoll.

“It’s a policy we’ve been looking at for some time at the USGA,” Driscoll said in a phone interview with GOLF.com. “Previously, the use of mobile phones had been a concern to us from a security perspective, but we’ve seen we’re able to control that and that in this day and age, people are accustomed to having [mobile phones on] them for their own personal security.”

Driscoll also said that the USGA has seen that people are “deeply respectful” in using their phones, and that the USGA was able to test that out at other championships in preparation for the 2015 U.S. Open at Chambers Bay.

Though the change allows guests to use their devices throughout the championship, it still prohibits cell phone photography during championship rounds of the tournament. Patrons will still be allowed to take cell phone pictures during the Monday through Wednesday practice rounds, but not after. Video recording is still strictly prohibited for the duration of the event. 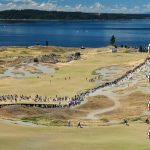 You may also like U.S. Open Parking Restrictions Passed For Area Near Chambers Bay

“[The policy] will be strictly enforced,” said Driscoll. “We are going to protect the championship and players playing without disruption. We hope that by allowing fans to have their phones that they’ll feel secure and can, at the same time, respect our policies.”

Patrons with any questions are asked by the USGA to check out their Spectator Information Guide, which is available here.