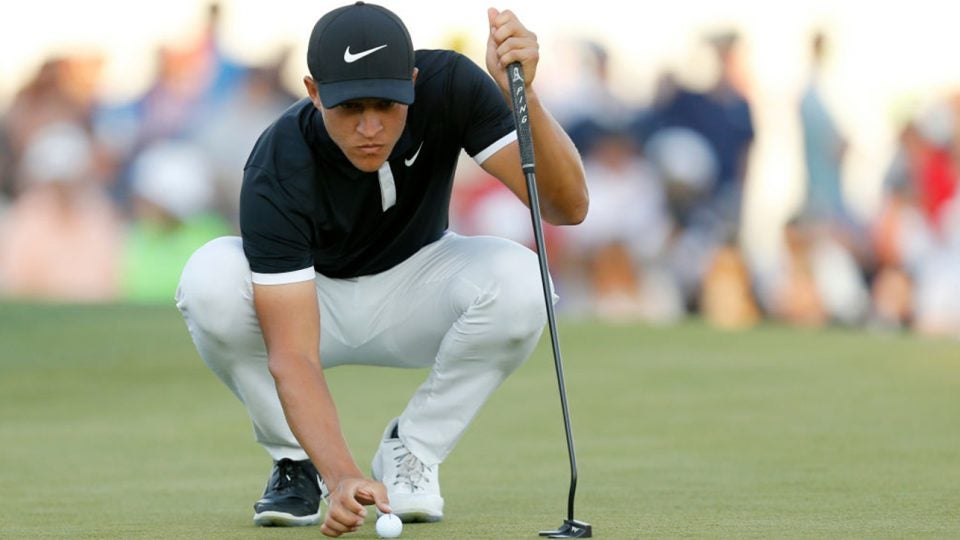 In a move reminiscent of LeBron’s Nike “Equality” sneakers, Cameron Champ wore one black and one white golf shoe on Friday to commemorate the start of Black History Month during the second round of the Waste Management Phoenix Open.

“It’s the start of Black History Month so I thought I’d kick it off and support it,” Champ said. “With my interracial background, my dad’s side being African-American, my mom’s side being Caucasian, it’s something that means a lot to me and something I wanted to support.”

Cameron Champ supported black history month today by wearing one white shoe and one black shoe. Champ: “With my interracial background, my dad’s side being African-American, my mom’s side being Caucasian, it’s something that means a lot to me and something I wanted to support.” 🙌

Champ, who called the decision last minute, was trying to decide what to toss to the fans at the famous 16th hole when he realized the tournament coincided with the start of Black History Month.

“I was like, ‘We should do something for Black History Month,’” he said. “That’s why I’ve got the black shirt and white pants, too.”

He also posted to his Instagram, saying “I’m very proud of who I am and where I come from.”

Celebrating the start of Black History Month with my friends at @nike. I’m very proud of who I am and where I come from. #blackhistorymonth #equality #untilweallwin #grandpachamp #BHM

Champ’s family is no stranger to racism — his grandfather, Mack, grew up in Texas during the 1940s where he served as a caddie at a public course, but was never allowed to play because of the color of his skin.

“We couldn’t play it. The golf courses, the hamburger stands, the restaurants, they didn’t allow blacks. The movie theaters had a section for blacks. We would have played, if we could.”

Despite joining the military and serving in Vietnam, Mack was still discriminated against at home. He was subject to arrest any time he stepped off base in Texas because he married a white woman, and interracial marriage was prohibited by Texas law at the time.

Decades later, Cameron Champ would become an All-American at Texas A&M, in the same town his grandfather was discriminated against.