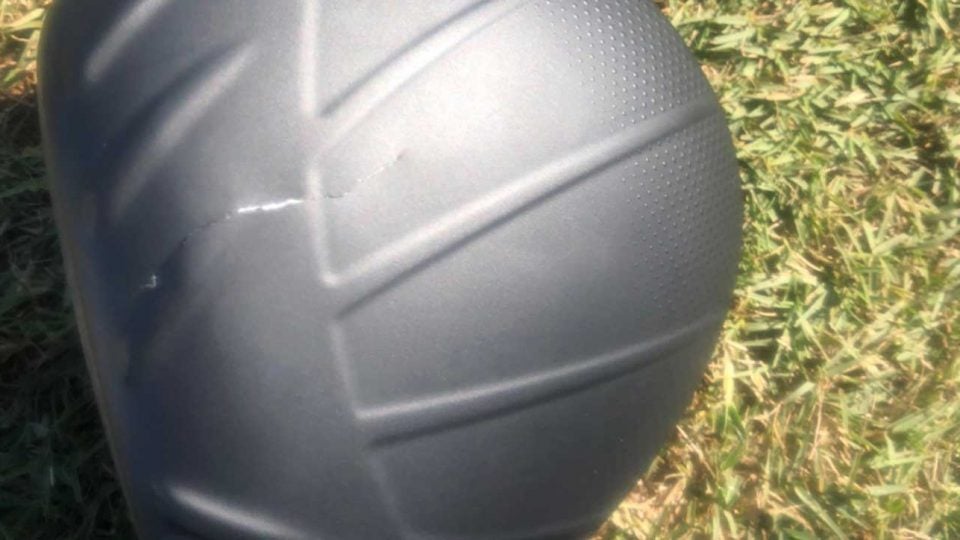 Cameron Champ had to find a new driver after he busted his first.
@jlmountainman

Well, the timing wasn’t great. Cameron Champ, who has been absolutely mashing the ball this season (third in driving distance at 328.4 yards), led the Sanderson Farms by four after 54 holes and was eyeing his first career PGA Tour victory and a life-changing win — and then his driver broke just minutes before his Sunday tee time.

Golf Channel was on the case:

Cameron Champ has the 4-shot lead @Sanderson_Champ
As he was warming up, his driver head broke. It was 30 minutes before he teed off.
Fortunately he had a spare driver head in his car and got in a few swings with it.
Join us for coverage @GolfChannel 2:30p EST

This is the driver of Cameron Champ 20 minutes before his final round tee time with a 4 shot lead. He had a backup in the car, and was able to hit a few on the range. pic.twitter.com/QfnvStHFqW

But, luckily for the 23-year-old, he still got the job done. According to Justin Leonard, Champ was able to take a few cuts with his backup before teeing off. Corey Conners caught Champ and made it interesting down the stretch, but Champ birdied five of the last six to retake control and win by four.

It’s a good thing the driver malfunction didn’t come back to hurt Champ. Losing such a valuable club, especially for him, with little time to tune-in the other is not ideal. He ranked 1st (2.475), 21st (0.920) and 1st (2.071), respectively, in Strokes Gained off the tee in the first, second and third rounds. In the first round he was so dominating that he gained 5.478 strokes(!) on the field tee to green. 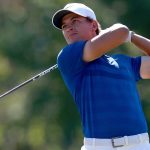 You may also like The 30-second guide to the Sanderson Farms Championship: Who won, best shot and more

On Sunday, with the new club in tow, Champ was 29th (.214) in SG off the tee and 63rd (-1.770) in SG tee to green. Both were lows for the week — we can chalk up some of that to the pressure of contending/leading/winning his first PGA Tour event — but he still ranked first in driving distance on Sunday (311.7 yards).

Congrats to the newest Tour winner. Turns out he’s pretty good no matter what driver he has in his hands.