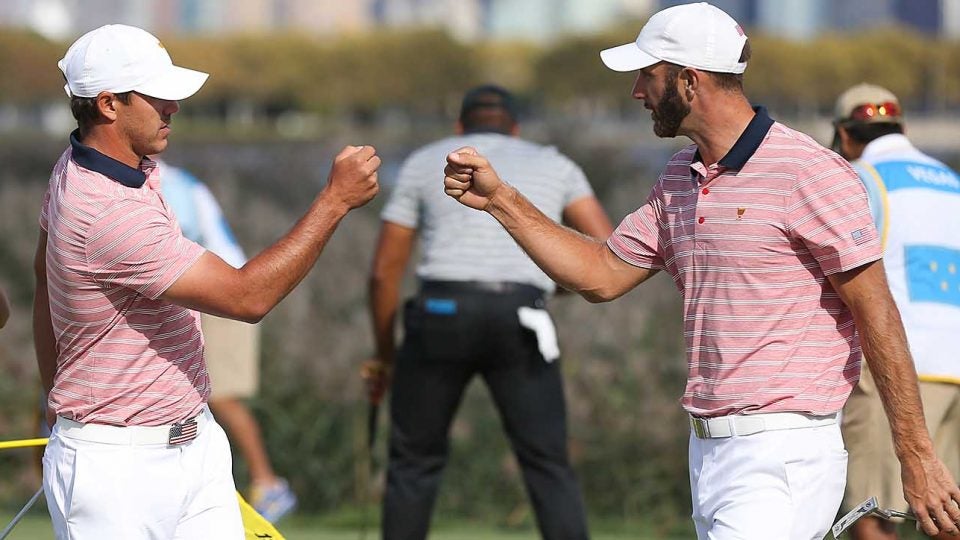 It sure sounds like Brooks Koepka does not agree with Jim Furyk’s assessment of his reported brief altercation with Dustin Johnson at the Ryder Cup.

When asked if he could take DJ in a fight, Koepka said that “it would be a good match”  and “maybe sell a few tickets.”

Just a day earlier, Furyk admitted that something happened between Koepka and Johnson during the Ryder Cup in an interview with the Golf Channel.

“Whatever altercation started, or what happened, it was very brief,” Furyk said. “It was very short. Neither one of them really took anything out of it.”

Koepka, who was named the PGA Tour Player of the Year on Tuesday, was featured in a video alongside Johnson posted by the Tour making light of and poking fun at the reports of their feud.

So it appears that Furyk and Koepka are not on the same page as to what took place in France.