U.S. Open 2019: Brooks Koepka is right. Players complain too much at the Open

PEBBLE BEACH, Calif. — Brooks Koepka has spent the last few years being his best, unfiltered self. And what a delight it is. He came into the 2019 U.S. Open all guns blazing once again, taking aim at everything from Fox’s commercial spots to revealing that his cell phone number had gotten leaked (!).

But the most interesting exchange of all came when he was asked about how little he complains — and how much everyone else does.

It was wonderfully feisty, and frankly, spot on.

“I guess the only reason they’re complaining — I mean, everybody has got to play the same golf course,” Koepka said. “So it really doesn’t make a difference. It doesn’t make a difference if you put it in the fairway and you hit every green, there’s really no problem, is there? So obviously they’re not doing what they’re supposed to do. So they’re not playing good enough. If they put it in the fairway, you shouldn’t have to complain about the rough. You hit the greens and you hit it close, you shouldn’t have to complain about the greens. I’ve just been never one to complain, make excuses. It doesn’t matter. Nobody wants to hear anybody’s excuse. I find it annoying even when I play with guys and they’re dropping clubs or throwing them or complaining, like telling me how bad the golf course is or how bad this is. I don’t want to hear it. I don’t care. It doesn’t matter to me. It’s just something we’ve all got to deal with. If you play good enough, you shouldn’t have a problem.”

I must say: As someone who’s a longtime apologist for the U.S. Open, this is music to my ears.

Has the U.S. Open setup gotten away from the USGA in years past? Undoubtedly, even the USGA has admitted as much. Saturday at the U.S. Open last year was particularly noteworthy, when the greens baked a little too long in the Shinnecock oven and the early finishers rocketed up the leaderboard simply because they posted a good score early. 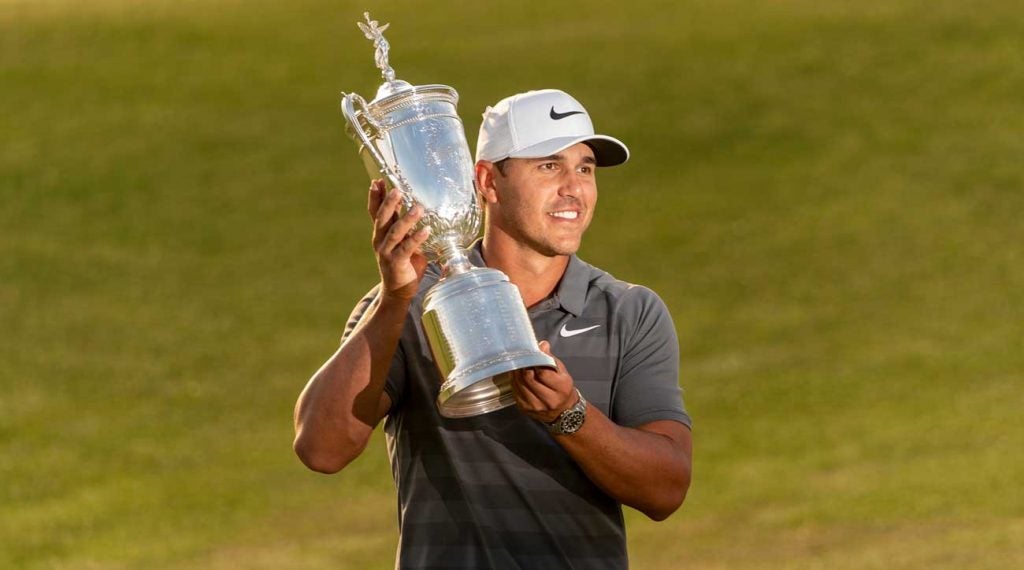 But the U.S. Open has also become an easy target for players, looking to absolve themselves of all blame after a poor score during a difficult round, in ways that would make them a laughingstock in other sports.

Imagine a football player blaming the length of the grass for losing a game? Or a soccer player complaining about the color of the goal posts for distracting them during a penalty shootout? It’s borderline unimaginable, which is it doesn’t exist.

Golfers live a blessed life every other week of the year, as they should. They’re unimaginably talented, they work hard, and they’ve dedicated their lives to their craft. The U.S. Open isn’t always fair, but that’s ok. It’s not supposed to be. It’s supposed to be a test of patience, determination, toughness, grit, and will.

In order to create a test that strenuous for the most talented players in the world, you need to push the limits, and accept that occasionally it will go too far. It’s not about complaining. It’s about sucking it up, getting on with it, and grinding it out.

So when the complaints inevitably come this time around, perhaps players should pause and heed the advice of the reigning, back-to-back U.S. Open champ. Stop complaining, and stop making excuses, because it doesn’t matter.