ST. LOUIS — Hackers have always made up a significant portion of golf’s demographic — but rarely the sinister type.

The PGA of America has been locked out of its computer servers by a group of ransom-seeking hackers, according to a report from Golfweek. PGA staff members received a message when attempting to log onto compromised files this morning. “Your network has been penetrated,” the message read. “All files on each host in the network have been encrypted with a strong algorythm.” The group made their threat clear. “We exclusively have decryption software for your situation. No decryption software is available in the public.” 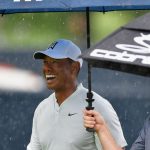 You may also like Embrace this imperfect PGA Championship; you’ll miss it when it’s gone

The files in question reportedly include “creative materials” for this week’s PGA Championship as well as next month’s Ryder Cup, which is also run in part by the PGA of America. Golfweek cited “extensive promotional banners and logos” as well as “digital signage around the grounds at Bellerive” plus designs for future PGA Championships. The group offered to decrypt two files to demonstrate “honest intentions.”

The message sent by the hackers included a Bitcoin wallet number, which cannot be linked back to an individual person. As of Wednesday, officials had not regained complete control of their files. They also had no intention of meeting extortion demands, an anonymous source told Golfweek. Play at the PGA Championship is expected to go on largely unaffected.

At publishing time, the PGA had not returned GOLF.com’s request for comment. The complete report can be found here.