Atlanta’s got Tiger’s back: Rapper Big Boi shows up to support Woods at East Lake (and post some hilarious videos) 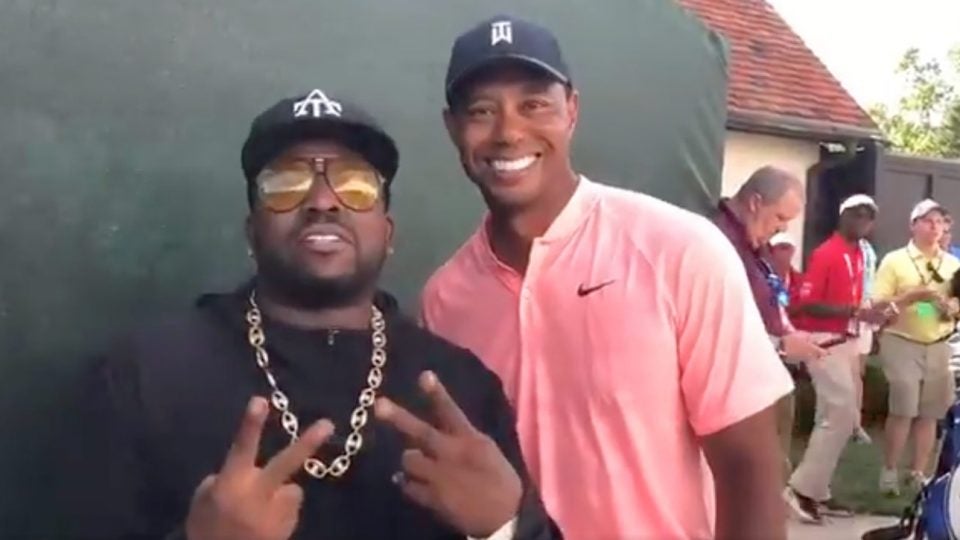 Tiger Woods and rapper Big Boi smile for the cameras at the Tour Championship.
@BigBoi

From watching the broadcast, it seems like everyone in the city of Atlanta is following Tiger Woods at the Tour Championship this week. It’s doubtful all 5.8 million residents in the area were at East Lake, but one of the city’s hometown heroes most certainly was, the legendary recording artist Big Boi.

Woods put together another solid round on Friday to maintain a share of the lead through 36 holes. There’s a great chance Tiger breaks through and captures his first win of the comeback this week. People are understandably excited. 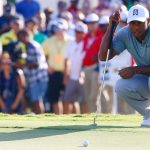 You may also like ‘It’s nothing new’: Tiger Woods shares Tour Championship lead, and his competitors want a piece of him

And you can count Big Boi among them. The rapper, who rose to fame as one half of the chart-topping hip-hop duo Outkast, followed Tiger all day on Thursday during his opening-round 65. Fortunately for us, he posted a few hilarious videos of the experience on Twitter.

Big Boi also sent out an update from the 18th tee. With Tiger setting up to hit in the background, Big Boi sets the scene, saying, “Ladies and gentlemen we’re on the final hole, Tiger is about to put this s— in the sky.”

The pair even got together for a photo at the end of Tiger’s round.

It turns out Big Boi was at the event in part because he played the opening ceremonies earlier in the week.

Well last night was so much fun, we just have to relive it! 😏

If Tiger holds on and wins, we might have to give a little credit to his most famous fan.