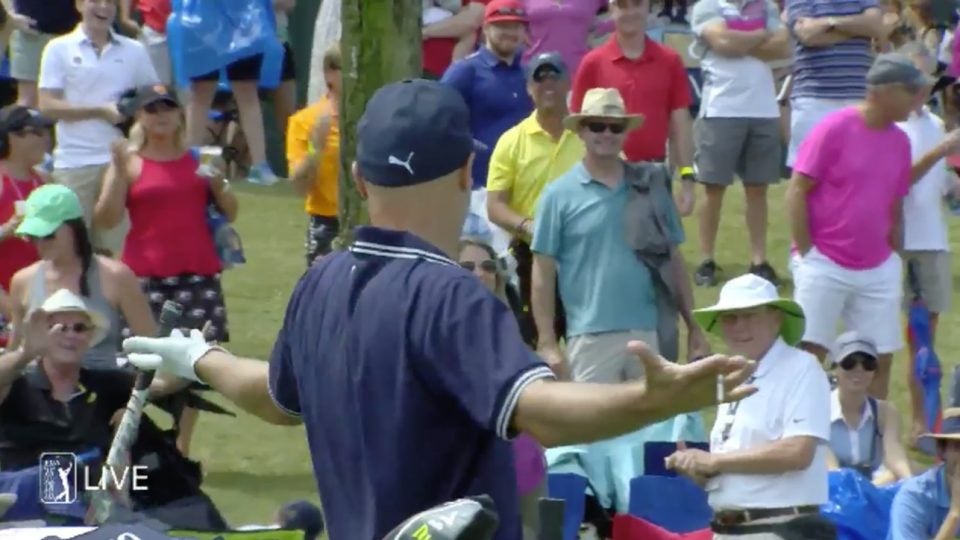 Just about every Tour pro has had their run-in with the 17th hole at TPC Sawgrass. It is one of the most popular holes in the world for a reason, with the difficult-to-hit island green. Add in an ounce of bad luck and par just isn’t in the equation. Just ask Ben Crane.

Crane was off early Saturday morning and three over for his round when his first tee shot clanked off the bulkhead of the island green, careening back into the water.

Crane reloaded, striped his ball at the flag and started walking away from the tee. His shot was too good. Crane’s approach struck the flag, found the green and rolled off the back left side into the water. Yep, that’s about as unlucky as you can get. As you can see in the video below, Crane would jovially reach the green with his third approach and make a 7.