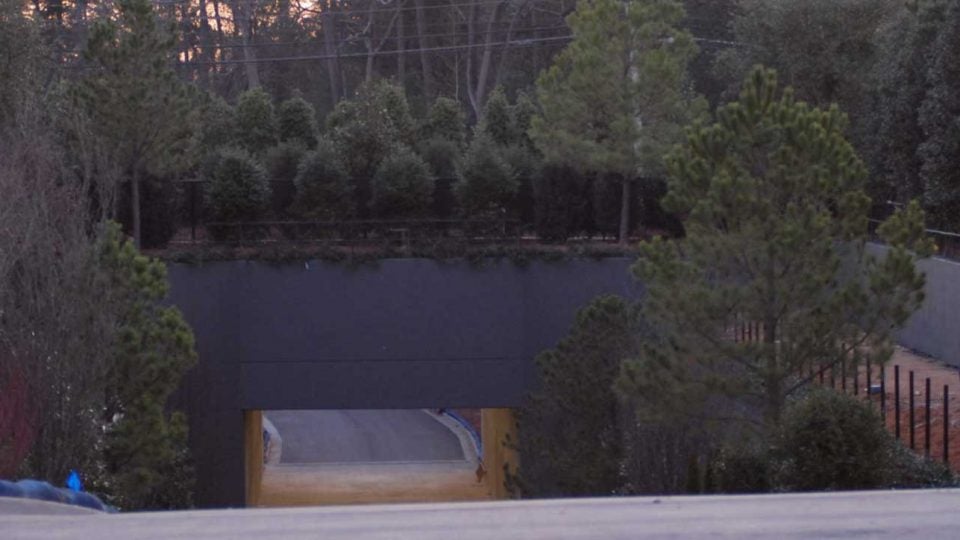 A look at the new tunnel on the property of Augusta National.
Metrospirit.com

Augusta National is synonymous with the word “timeless.” But timeless and stagnant are different things, as the latest changes ahead of this year’s Masters show.

The club recently completed its pre-tournament renovations, and while the changes to the grounds won’t be felt or seen by most patrons, that doesn’t diminish their impressiveness. Most prominently, a new tunnel has been built to connect the course to ANGC’s brand new 40-acre “Global Broadcast Village.” This comes via some images from MetroSpirit.com. The high-tech television production facility will house the Masters’ TV and digital compound, allowing for expanded offerings for Masters.com coverage throughout the tournament.

“With the much appreciated support of the city of Augusta and the state of Georgia, this summer we will begin a multi-year development of a portion of our property north of Washington Road,” Augusta National Chairman Fred Ridley said prior to the start of construction in the spring of 2019. “Site work already is underway, and in a matter of weeks, we will commence construction of a tunnel connecting an area near Gate 1 to new development on the north side of the road. This project is the first of its kind in the state of Georgia. Thanks to modern engineering, we will be able to excavate under Washington Road without any impact to the flow of traffic above.”

According to Metrospirit.com, the tunnel is 26 feet deep and 120 feet long, while its interior is 16 feet high and 26 feet wide. It allows for the necessary access to the “Broadcast Village” to begin utilizing the property in time for the 2020 Masters.

While it’s only the first step in innovation to the Masters’ venue, it’s a crucial one as the tournament continues to adjust to modern technological and strategic demands for both players and fans.