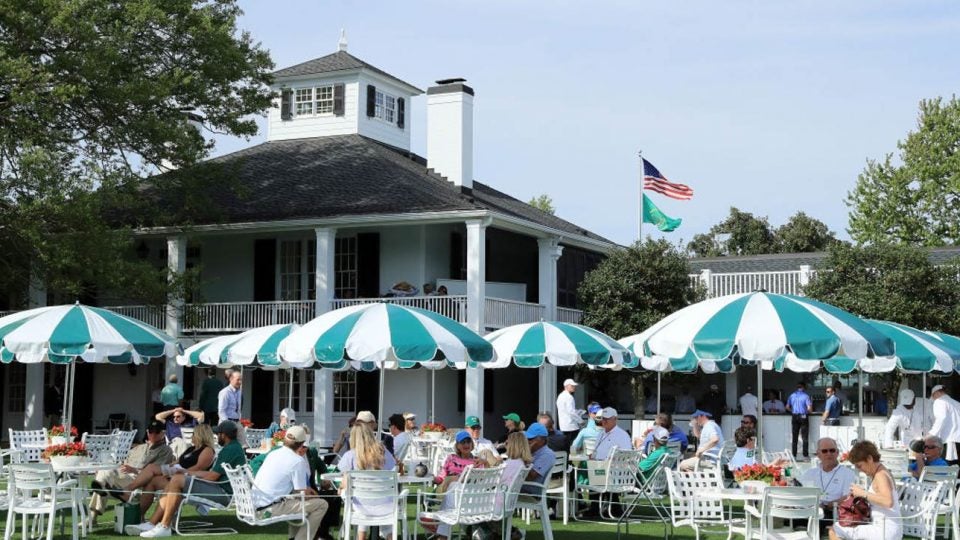 Masters badge holders are locked out of several private spots around Augusta National (Butler Cabin and The Crow’s Nest, to name two), but there’s one exclusive area where patrons can claim they’ve at least gotten a peek (if not a bite): the patio known as the Clubhouse Terrace.

This pleasant patch of grass, centrally located among many of Augusta’s most iconic spots (see bottom), features about two dozen tables topped with quaintly ornate umbrellas. (The hues have varied since the patio opened, along with the club, in the 1930s, but these days ANGC has settled on white and Masters green.)

During tournament week, servers hustle across the lawn to fill lunch orders and dish out Peach Azaleas from the patio bar. At the tables you’ll eye an assortment of luminaries, including players and their families, green-jacketed club members, agents, CEOs and, yes, ravenous golf writers, all of whom commonly use “the tree” — a massive, 150-year-old oak situated only a few yards away — as a meet-up point. 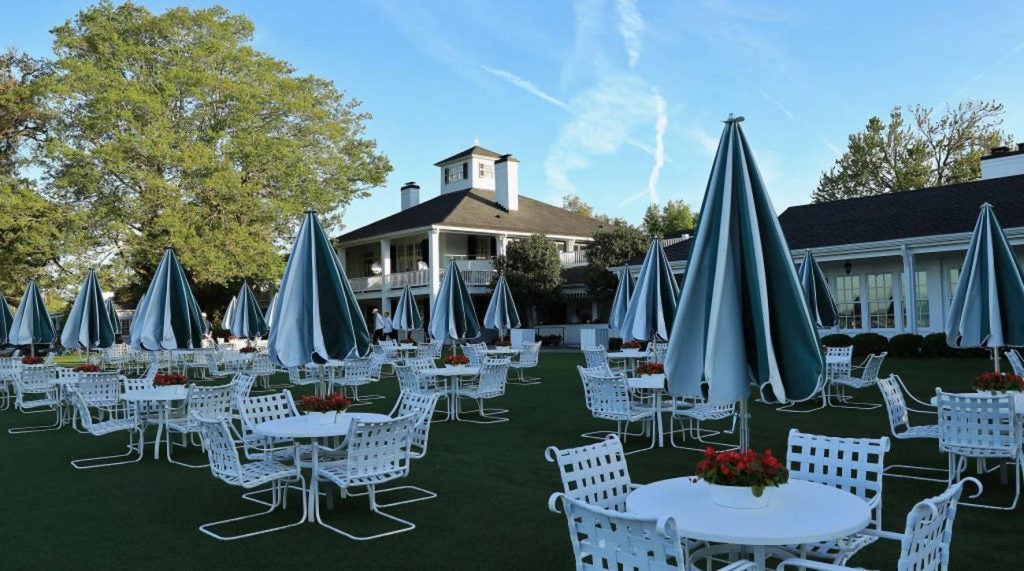 The Augusta National clubhouse terrace is a great spot to hang out at the Masters.
Getty Images

Separating the patio from the public is nothing more than a modest rope. (And a security officer.) In one of his final Masters, Arnold Palmer was spotted at a table just inside the rope, gabbing with fans and sipping a Coke with grenadine. It’s easy to imagine the King holding court there for decades while starring in the event.

After all, the only thing more fun than peering across the lawn to see who’s at a table? Sitting under one of those oversized umbrellas yourself, sipping a cocktail and gazing out at the extraordinary scene beyond. 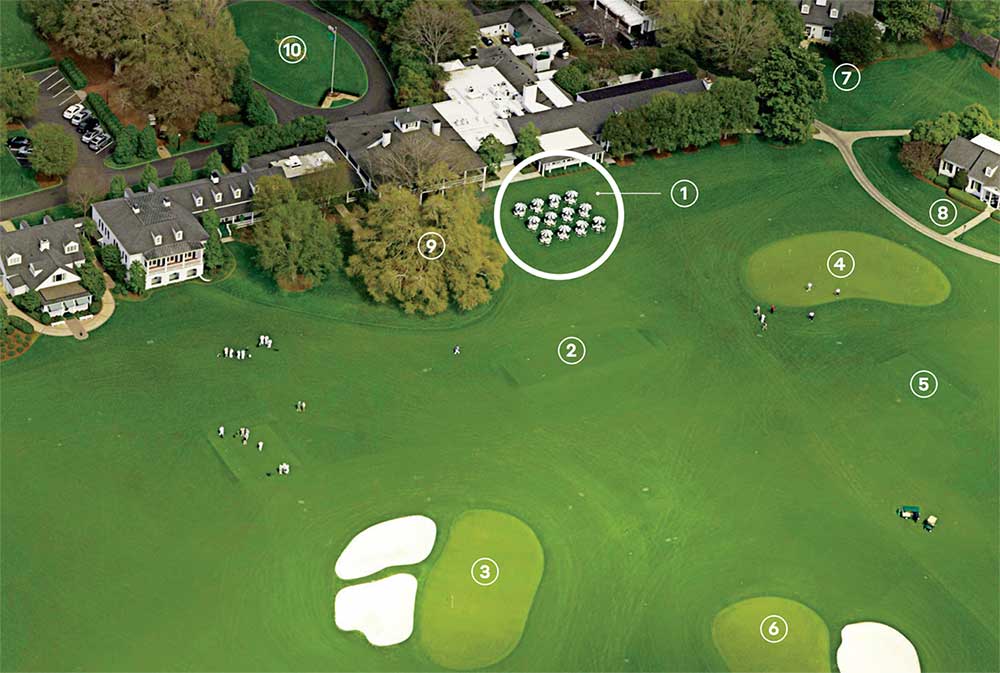 A stakeout at the Clubhouse Terrace (1, above) puts you in the middle of Masters action. It begins steps away on the first tee (2), which sits between the ninth green (3) and the practice putting green (4). Just beyond are the 10th tee (5) and 18th green (6). If landmarks are what you hunger for, Butler Cabin (7) is a half wedge away, as is the Eisenhower Cabin (8). Grab some shade under the ancient oak (9) or a photo on Founders Circle (10), at the end of Magnolia Lane.