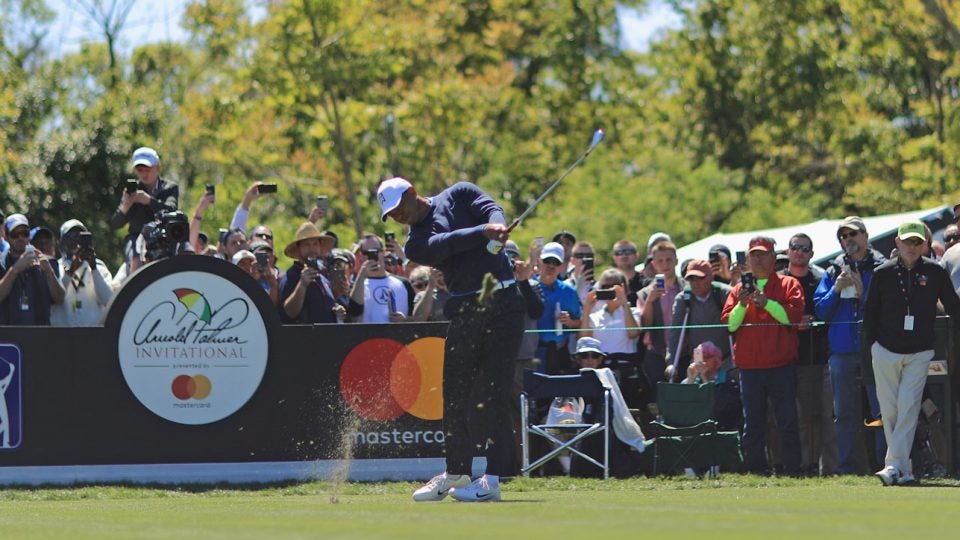 Tiger Woods plays his shot from the seventh tee during the first round at the Arnold Palmer Invitational.

Tiger Woods is in Orlando this week for the Arnold Palmer Invitational at Bay Hill. Woods is playing on Tour for the second consecutive week, and the fourth time in five weeks. He shot a four-under 68 in Thursday’s first round, making six birdies and one double bogey.

Woods begins his second round at 1:08 p.m. ET alongside Jason Day and Hideki Matsuyama, and we’re live blogging all the action. Can he build on his solid opening round and get into good position for the weekend? Follow his entire round below.

FULL ROUND 2 LEADERBOARD | TIGER SHOOTS 68 IN ROUND 1