As GOLF.com’s resident half-American, half-Englishman, I’m quite torn about the 2018 Ryder Cup. My English side is obviously thrilled about the complete and total annihilation we saw in Paris last week. But the American side? It’s worried, and grasping desperately for solutions.

The task force was a pretty solid idea at the time. Get golf’s key stakeholders in a room and brainstorm ways to get better. What’s so crazy about that? Normal people would just call it a meeting; they went with “task force,” which is a bit much. But regardless: It was a new idea that worked wonderfully, in 2016. 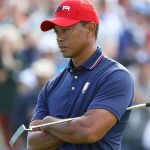 You may also like American carnage: After a stunning loss to Europe in the 42nd Ryder Cup, U.S. once again left answering hard questions

Unfortunately, that idea stopped working in 2018, so it’s back to the drawing board.

The task force was a perfectly sane idea, but as we look for another fresh approach ahead of 2020, I say we go a different route. Let’s get crazy with it. Nothing else has really worked, so let’s just start throwing darts at a wall and see which one hits a bullseye. 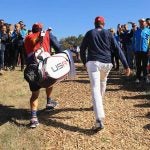 You may also like Tour Confidential: Was the losing U.S. Ryder Cup team overmatched or underprepared?

So in that spirit, here’s a few ideas I just cooked up that could be game-changers next time around.

This idea made the rounds on Monday after the Ryder Cup, and it’s one that has been tossed around before. Why not, instead of allowing players to play their way in, we just let the captain pick them all? That way it’s all on him. He can pick specific players for specific formats — an issue that has plagued the U.S. team in the past — and pairings would presumably be easier to manufacture. Of course, Furyk’s captain’s picks went a combined 2–10–0 in 2018, so maybe that’s not the best strategy…

What could be more American than good ‘ole fashioned democracy? Don’t know what the team should be? Put it to a vote! It has the added bonus of when things go horribly wrong, the fans won’t be able to blame anyone. What are they going to do, turn on themselves?

In other sports, like in soccer, you don’t have this business of alternating captains. A team finds someone to lead them, hands them a contract, and then fires them when things go south. Why not do the same for the Ryder Cup? Hey, Davis Love III, good job in 2016. Here’s a new four-year Ryder Cup/Presidents Cup contract. Take us to 2020. In theory, it would allow Captains to grow into the role, develop a philosophy — and get the sack if things go south.

The problem with season long qualifying is always the same: Somebody wins a major in 2017 or early 2018, guarantees himself a spot on the team, starts playing terribly and stinks up the place at the Ryder Cup (see: Reed, Patrick). So how about this: Designate — or create, even — one event per year close to the event that acts as Ryder Cup Q-School. You could invite the top 30 or so Americans in the official World Rankings, make them play a course similar to the one the Ryder Cup is about to be held on — or even the course itself — and the Top 12 finishers go to the Ryder Cup. Simple. 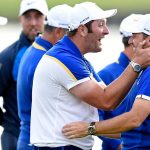 Yes, this may seem draconian. In truth, it probably is. But what if the problem with the U.S. Ryder Cup team is that there’s no negative ramifications for playing poorly? Guys can make the Ryder Cup team, play poorly, then make the team and play poorly again. It’s an endless cycle — but no more. Oh, you play poorly? Guess what? You’re banned for the next Ryder Cup!

But who knows, maybe it’d actually light a fire underneath these players.