3 things you missed from Round 2 at the CIMB Classic 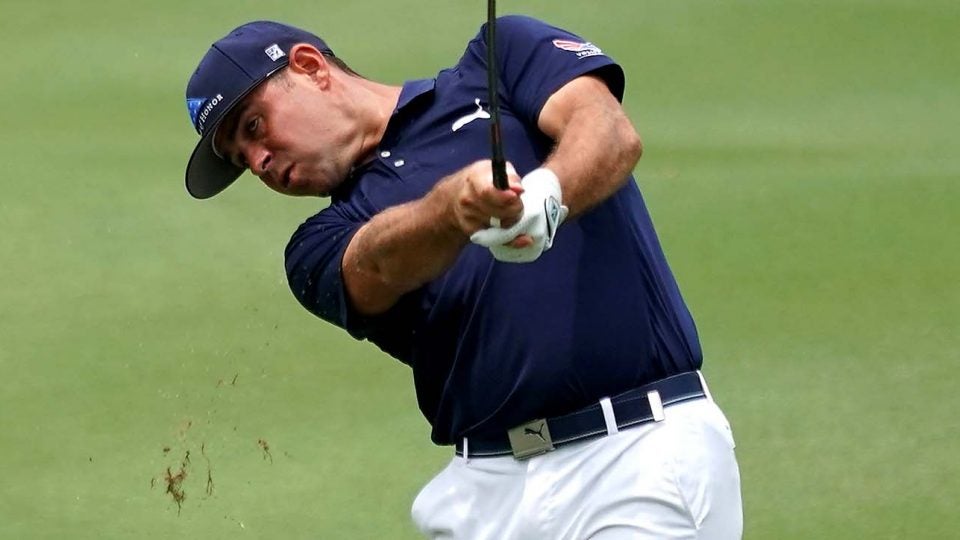 Gary Woodland shot an 11-under 61 in Round 2 in Malaysia.
Getty Images

Round 2 at the CIMB Classic at rain-softened TPC Kuala Lumpur West is in the books. There’s no cut in this 78-player field, so the burning question heading into the weekend is this: how low can these guys go? (The clear answer: pretty freaking low.) Here’s what you missed during the overnight round.

Woodland went 11-under in his second round to tie the course record set by Justin Thomas en route to his win in 2015. Woodland went bogey free while posting 30-31. He’s a two-time runner-up at this event (2013, ’14) and he’s tied for the lead with Marc Leishman at 14 under.

JT went back-to-back at this event in 2015-16, and while Woodland was the story in round 2, Thomas shot a three-under 69 and is currently five shots off the lead heading into the weekend. With scores this low, a five-shot deficit can be erased in … five holes? Four? Let’s just say, “quickly.”

3. A rising star from India is in the hunt

Shubhankar Sharma shot a 64 and is tied with Paul Casey at 13 under, one shot behind Woodland and Leishman. The 22-year-old grabbed our attention earlier this year when he led after 54 holes at the WGC-Mexico Championship before finishing ninth. He has two European Tour titles, and is seeking his breakthrough win on the PGA Tour. Perhaps this will be the week.