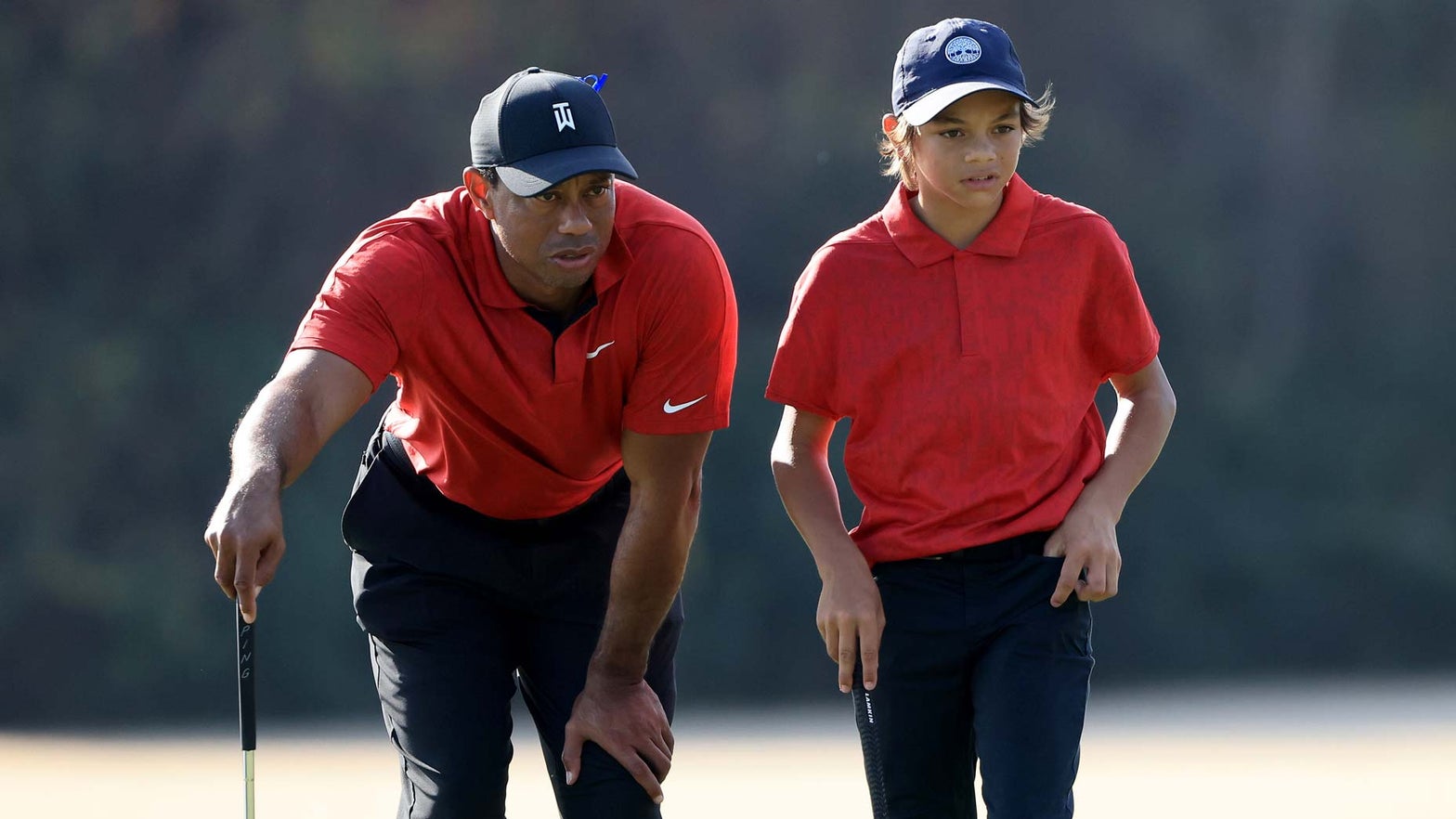 Tiger and Charlie Woods read a putt during the 2021 PNC Championship.

Tiger Woods and his son Charlie are back for the 2022 PNC Championship, and it all gets started on Friday in Orlando, Fla. Here’s everything you need to know to watch the tournament.

This year’s PNC Championship will mark the third-straight appearance by Tiger and Charlie Woods. While the Woods men gave golf fans all the entertainment they could ask for in their inaugural appearance, last year they nearly won, putting together an inspiring Sunday charge to finish second behind winners John Daly and his son John Daly II.

In addition to those two headlining duos, this year’s PNC Championship features a ton of star-studded teams that should draw a lot of interest, including Nelly and Petr Korda, Justin and Mike Thomas, Jordan and Shawn Spieth, Lee and Daniel Trevino and Nick and Matthew Faldo, to name just a few.

Twenty teams will be competing in all at the Ritz-Carlton GC in Orlando, and the tournament will be contested under the scramble format. In a scramble, both team members play a tee shot, and then they select the better drive, alternating shots from there until it’s in the hole.

You can watch the PNC Championship on TV via Golf Channel and NBC, while Golfchannel.com, NBCSports.com and Peacock will simulcast the action online. Peacock will also provide exclusive early coverage of the first and second rounds on Saturday and Sunday.

SIGN UP FOR PEACOCK TO STREAM THE 2022 PNC CHAMPIONSHIP ONLINE

(GOLF.com may receive a commission when you sign up for Peacock through the link above.)

You can find complete information about streaming the 2022 PNC Championship online or watching the action on TV below, along with tee times for the first round.

How to watch the PNC Championship on TV

Peacock will provide exclusive streaming coverage of the 2022 PNC Championship on Saturday from 1-2 p.m. ET and on Sunday from 11:30 a.m.-12:30 p.m. ET. You can stream all of Golf Channel and NBC’s PNC Championship telecasts on Golfchannel.com, NBCSports.com and Peacock.

SIGN UP FOR PEACOCK TO STREAM THE 2022 PNC CHAMPIONSHIP ONLINE

(GOLF.com may receive a commission when you sign up for Peacock through the link above.)