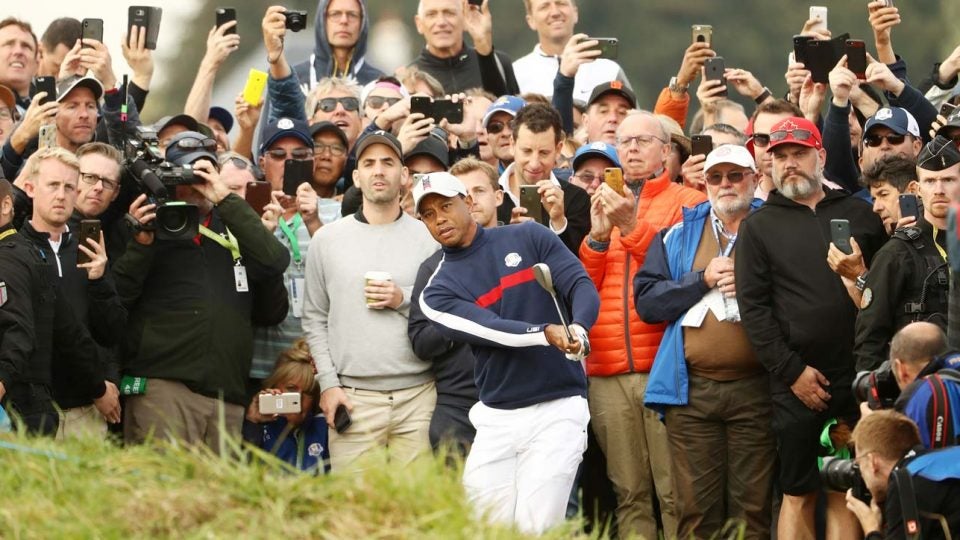 Team Europe swept the afternoon matches to take the lead on the first day the 2018 Ryder Cup. You can find full Ryder Cup pairings and tee times for Saturday’s matches at the bottom of this post when they are announced. 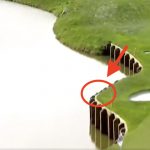 The Americans got off to a hot start, going 3-1 in morning fourballs on Friday. At that point, it seemed like the U.S. would cruise to victory. But the wily veterans on the European side fought back in the afternoon. They won all four foursomes matches Friday to jump into the lead. Sergio Garcia and Alex Noren led the way by trouncing Phil Mickelson and Bryson DeChambeau. 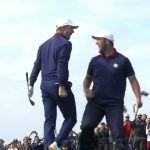 Tiger Woods lost his first match on Friday, and then sat out during the afternoon session. Woods will be back in action on Saturday to try and turn the momentum in favor of the U.S. team.

Eight points are up for grabs in two four-match sessions on day two. Tee times and pairings for Saturday’s matches will appear below once they are announced.