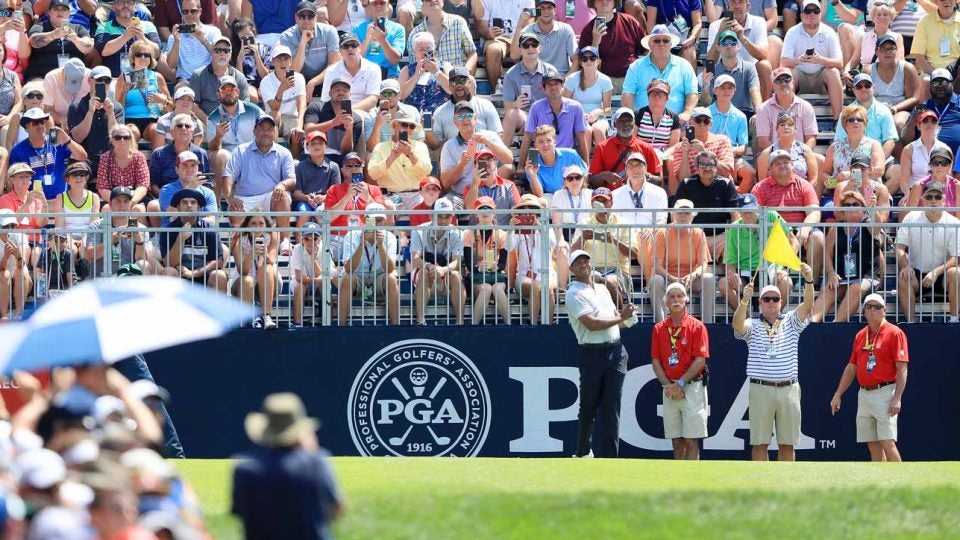 Tiger Woods tees off Friday at the 2018 PGA Championship. Check out third round tee times for Saturday below.
Getty Images

Two rounds are complete at the 2018 PGA Championship, and a wild weekend awaits at Bellerive.

Bad weather suspended the second round Friday afternoon. They were unable to re-start, so the players left on the course resumed their rounds early Saturday morning.

Tiger Woods finished off his second-round 66 in the morning in front of large crowds that will be following him again Saturday afternoon as he tries to catch the leaders. He begins Round 3 at 1:21 p.m. ET.

Gary Woodland holds the 36-hole lead at 10 under, one shot in front of Kevin Kisner. They tee off at 2:38 p.m. ET in the last group  World No. 1 Dustin Johnson also has his sights set on a second major victory this weekend. He’s just three shots behind Woodland at seven under.

Back-to-back U.S. Open champion Brooks Koepka  and Rickie Fowler start the third round at eight under.

Check out a full list of tee times below.