Len Mattiace played an incredible final round in 2003, but was stymied twice on his final two holes.
Getty Images

Augusta National is an emotional place, so much that if you can’t enjoy it in person, you can at least feel it in the highlights. Crenshaw crying in his caddie’s arms. Seve Ballesteros walking back up the 10th fairway, alone. Tiger walking with Charlie last year.

Of all the emotional rides we’ve seen take place at the Masters over the years, none have been quite as charming as those of Len Mattiace, runner-up to Mike Weir in 2003.

Mattiace, then the 57th-ranked player in the world, entered the final round nine shots back of Jeff Maggert, seemingly an impossible deficit. But as we detail on the most recent episode of A Pod Unlike Any Other, things just start happening for him.

Mattiace was short left of the 8th green in three, a troublesome place. “To be where he was after three shots, was horrid,” the broadcast would say. Most players would fail to get up and down for par, but there was Mattiace, holing out for birdie. It was his third circle of the day and officially put him on everyone’s radar.

Two holes later, after an average approach into the 10th, Mattiace holed a birdie putt from 80-ish feet. “From Crenshaw territory,” Jim Nantz exclaimed. Exactly. Crenshaw made magic happen multiple times at Augusta. That’s birdie No. 4, and look at our man. He is having the time of his life. Thankfully, that giddy look isn’t going anywhere. 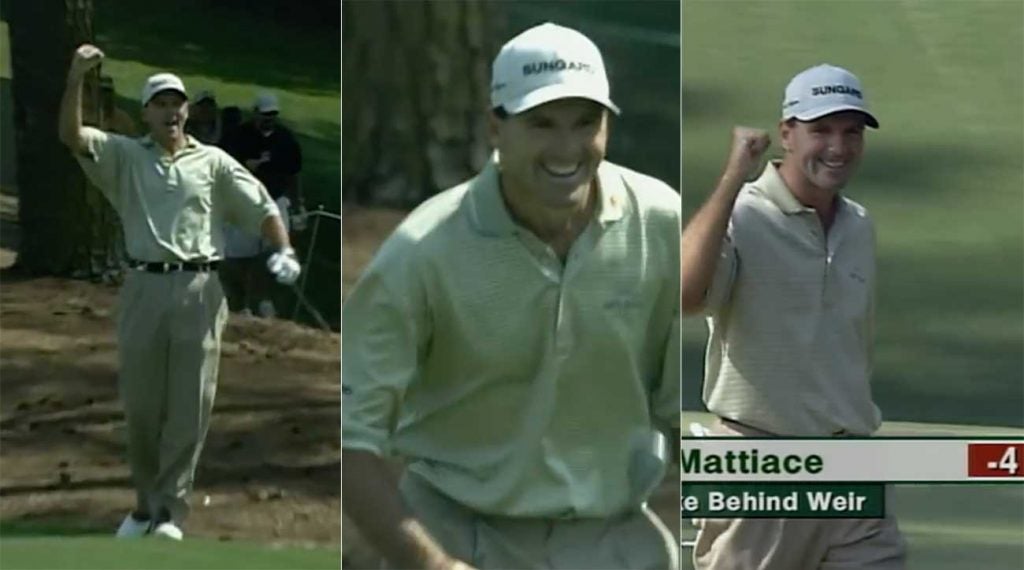 Len Mattiace had no idea how real his Masters Sunday was about to get.
YouTube.com

Two holes later, his approach on 12 barely covered the slope. Eight, maybe 12 inches clear of descending into Rae’s Creek. A locked in Tiger Woods or Brooks Koepka, they’d keep their steely glare fixed on the hole. Mattiace braced one hand against his chest and grinned. (His heart may have literally skipped a beat, who knows!) Then he looked up to the sky. You’d guess he was religious, but maybe that’s where the Golf Gods live, directly above Amen Corner. Either way, has a player even been easier for the fans to connect with? Has a mid-round smile ever been wider? Do players even smile when contending anymore, or did Tiger Woods take that and wring that jolly goodness from the PGA Tour? 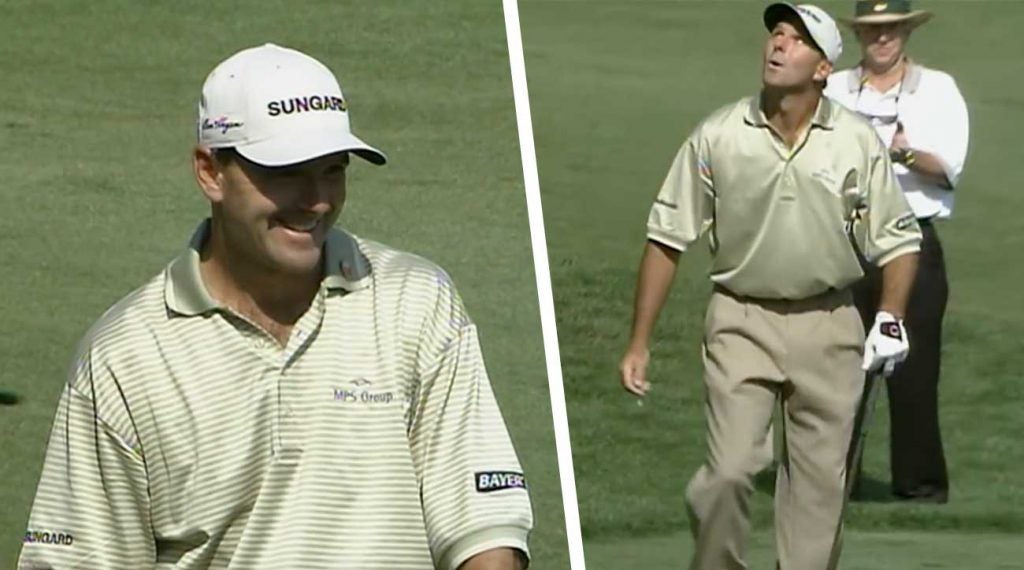 All of this cheerful talk is lead-in for the ‘Oh, s–t’ moment that happens a lot at the Masters, and that definitely happened to Mattiace. You can’t blame him. It happens often when players ahead of the final pairing race through the birdie opportunities at 13, 15 and 16. All of a sudden, they’ve tied the lead. Or in Mattiace’s case — with an eagle on 13 — they jump into the lead. Players can avoid looking at scoreboards all they want, but soon enough the putts drop with more decibels than before. The patrons imply the meaning. It gets real.

With his name atop the leaderboard, Mattiace’s smiley demeanor became a bit more grim. He birdied 15 and 16, parred 17 and was staring down a par on 18 for a Sunday 64. Perhaps it got too real. His first really loose shot of the afternoon stymied Mattiace behind a tree right of the 18 fairway. He’d punch out and make bogey. Almost exactly one hour later, his second really loose shot of the afternoon stymied him behind a tree left of 10 green. He’d chip on and never even get his ball in the hole. Shake hands, grab coin, retreat up the hill. Oh, what a ride those few hours must have been. 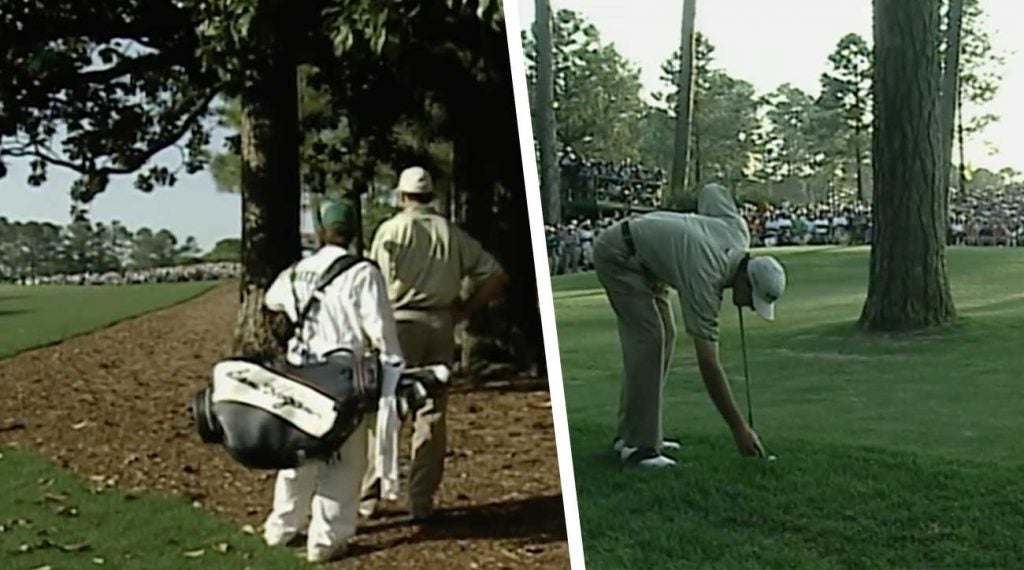 Just minutes later we see the grace of Mattiace. He’s back atop the hill. His rollercoaster had come to a stop, and he agreed to an interview with Bill Macatee, an interview he certainly didn’t have to take and one many others might have passed on. Mattiace answers each question thoughtfully, and not short. (You can watch it here.) He leaves the broadcast with this gem:

“Masters Sunday is unique in itself,” Mattiace said. “I don’t think there’s anything like it. Ever since I was a little kid, I always grew up watching it. We saw all the great players make all those birdies. I was in one of those zones. I was in a very good place. I was hitting the shots just the way I was seeing it. That’s all you can — that’s all you wanna do. It was a great feeling doing it.”

And he showed it all day long. According to the Sports Illustrated game story that week, Mattiace cried when talking with reporters later but for the folks watching on TV, we would have never known it. According to all of us at home, Len Mattiace had one helluva time at Augusta National. That’s how we’ll always remember it.