For starters, and for the first time ever, the playoffs will last for three weeks instead of four. The Dell Technologies Championship, an event held at TPC Boston since 2003, was dissolved from the schedule this year. The Northern Trust will now rotate between the New York Metropolitan Area and Greater Boston on an annual basis. The top 70 after this week advance to the BMW Championship at Medinah, which leads to the following week’s Tour Championship.

But the playoff finale at East Lake won’t look anything like past years. 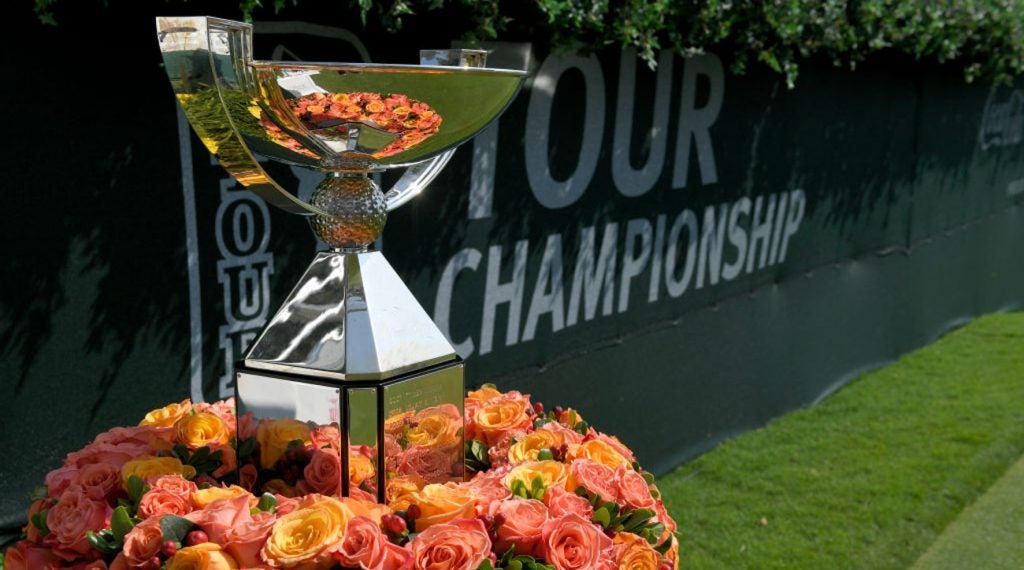 The Tour Championship is going to have a very different feel this year.
Getty Images

After the Northern Trust and BMW Championship, the FedEx Cup points leader will begin the Tour Championship at 10 under par. The other 29 participants in the event will begin at varying strokes behind the leader, based upon their positioning in the standings.

“It’s going to create a lot of excitement coming into East Lake,” Bryson DeChambeau said. “With the new system this year, it’s definitely going to be a test to see what happens because you can literally be leading and go out on the first hole and double it or triple it, and you’re right back in the ballgame pretty easily. So it’s a little different. It’s a little weird, and we’ll see how it plays out.”

Rory McIlroy, who won the FedEx Cup in 2016 and is in second in the points standings, thinks there are both pluses and minuses to the new format.

“The way it was before, if you’re in the top five, you controlled your own destiny,” McIlroy said. “You win the tournament, you win the FedEx Cup, but that might not happen this time around. So you could win by a shot and shoot the lowest score of the week but still not walk away with the first prize.

“But saying that, at least people know where they stand,” he continued. “It simplifies it. It simplifies it for us and we know where we stand, and it simplifies it for the people who are watching it on TV. In a way, it’s good, but at the same time, someone in my position who’s in that top five, you knew what you needed to do. Where now, you’re sort of depending on what other people do.”

Tiger Woods has won more FedEx Cups than anyone else in history. His last came a decade ago in 2009, but he was triumphant last year at the Tour Championship. The 15-time major champ admitted it’s going to be an adjustment for the players who make it to East Lake.

“It’s going to be weird for all of us because we’ve never really done that,” Woods said. “We’ve all been 10 back after one day with 54 holes to go or 36 to go. But starting out 10 back, it could be different for the guys who are there. It really puts a premium on placement of going into that week and where you’re seeded. You don’t want to be too far back. You don’t want to give any top player too far of a lead and too big of a head start, especially the way Brooksy has been playing the big events.”

Speaking of Koepka, the No. 1 player in the world is looking for his first FedEx Cup title. He’s excited about the new format.

“Everybody’s got a chance,” he said. “Thirty guys have got a chance. You never know what anybody is going to do. If I go shoot four rounds of 80, I’m going to finish 30th.

“Guys like playing from behind,” he continued. “You hear a bunch of people say that, especially coming into a Sunday, a two-shot lead is nothing. We all know that. So what’s the difference between a two-shot lead starting the week, you can grow that playing four; so eight strokes. That seems very reasonable to make up, especially if you’re going to play well.”