Tour Confidential: Who wins the U.S. Open Sunday at The Country Club? 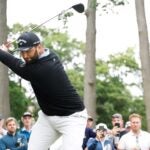 Check in each day of this week’s U.S. Open for the unfiltered opinions of our writers and editors as they break down the hottest topic in the tournament, and join the conversation by tweeting us @1a43628c-0aa7-4bde-8d76-ff914df46711

The U.S. Open leaderboard is a good one. Will Zalatoris and Matt Fitzpatrick, both winless on the PGA Tour, lead at four under, with Jon Rahm one back, Keegan Bradley, Adam Hadwin and Scottie Scheffler two back, and Rory McIlroy, Sam Burns and Joel Dahmen all three off the lead. And yes, that’s it for players under par. So, who wins Sunday at Brookline?

Jessica Marksbury, senior editor: Matt Fitzpatrick gets it done. He fell short at the PGA with a lackluster final round, but this just feels like his week. Not only does he have the great history here, with the U.S. Am win, but he was also one of the few guys to get in under par on a very tough Saturday. Plus, he hasn’t shot a round over par all week. He’s got my vote.

Josh Berhow, managing editor: Jon Rahm is in a really good spot despite his double bogey on the 18th, and sitting just one back I love his chances to repeat. I think that final-hole hiccup on Saturday will just motivate him come Sunday. I like Rahm to win (but I still like my pre-tournament pick, Sam Burns, to post a good number on Sunday and have a good shot).

James Colgan, assistant editor: Rahm is a good pick, Rory is an optimistic one, but Will Zalatoris is the right one. He’s been so close so many times before, and his game seems to be peaking at just the right time. Sunday is undoubtedly going to be hell for the field, but it’s Zally’s time. He has both the game and the mind for it.

Ryan Barath, equipment editor: After his worst round of the week on Saturday, Rory McIlroy bounces back to win this U.S. Open. He leads the tournament in the
Strokes Gained putting stats, and if he can just tidy up a few approach shots in the wind that’s expected to blow, I think this one is his. (If Rory doesn’t take it, everything else is riding on Adam Hadwin — Oh, Canada!)

Nick Piastowski, senior editor: I guess I’ll go with the No. 1 ranked player in the world. A short iron on 11 cost Scottie Scheffler on Saturday. He won’t make that mistake on Sunday.

Josh Sens, senior writer: Keegan Bradley could make it easiest on reporters by giving us a local boy makes good story that writes itself. But I’m with James. Zalatoris has suffered the requisite number of close calls. It’s his time.

Alan Bastable, executive editor: Agree with Sens. I know many observers are spooked by Will Z’s putting, but what if I told you as the pressure has mounted this week in the U.S. Open cooker, his putting has only gotten better, with his putts-per-hole stats improving in each round. Love his steely cool, too. He looked like an old pro hamming it up with Tirico post-round on Saturday. Look for more of the same on Sunday.