Check in every Sunday night for the unfiltered opinions of our writers and editors as they discuss the hottest topics in the sport, and join the conversation by tweeting us @golf_com. This week we discuss Tiger Woods’s second start of the season at the Genesis Open, Phil Mickelson’s U.S. Open chances at Pebble Beach, deserving sponsor’s exemptions and more.

1. Tiger Woods is back in action at this week’s Genesis Open for his second start of the season. Last year at Riviera Woods shot 72-76 for one of his two missed cuts of the year. Coming off a T20 finish at the Farmers Insurance Open last month, will Woods’s week at the Genesis be better, or worse, than his T20 at Torrey Pines?

Michael Bamberger, senior writer: I know he’s masterful at putting things in compartments, but it’s a lot, to play a difficult course where you have never won while serving as host, and I don’t think the weather will favor him. Playing four rounds would be an achievement.

Jeff Ritter, digital development editor (@Jeff_Ritter): I’m bullish on Tiger for the season, but I’m with Bamberger on this one. A healthy Woods could contend anywhere, but his history at Riv isn’t strong. This is a ramp-up week for Florida.

Alan Shipnuck, senior writer (@Alan_Shipnuck): I think he’ll contend. He’s refreshed and rested and watching Phil play so well has to get him fired up.

Sean Zak, assistant editor (@sean_zak): Tiger’s T20 required a helluva Sunday charge through the backdoor. I don’t think that happens at Riviera. Something a touch worse could be in store or — gasp — a missed cut!

Josh Sens, contributor (@JoshSens): Riviera has never been kind to Tiger. His game is in much better shape this year than it was last year at this time so I expect him to make the cut. But if we see much of him late Sunday, I’ll be very surprised. 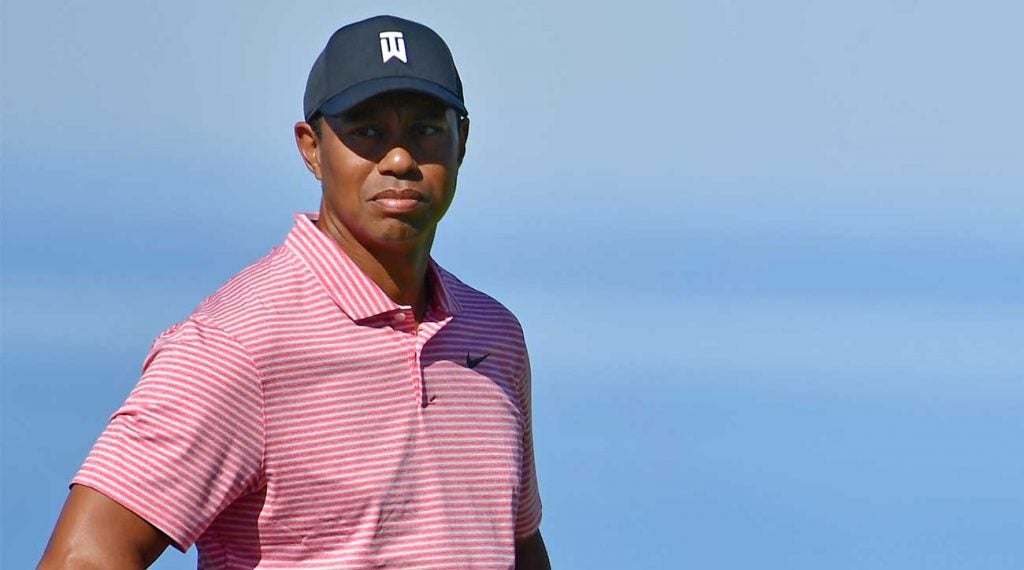 2. Phil Mickelson nearly won the Desert Classic last month and now seems on the verge of PGA Tour victory No. 44 at Pebble Beach come Monday. Every year we look for narratives that suggest Phil will finally win a U.S. Open, but c’mon, is there an Open venue that sets up better for Mickelson than Pebble Beach, which will host our national championship come June?

Bamberger: No. The moon is in the seventh house, and Jupiter is aligned with Mars. I think it will be about tee shots more than anything else. It could happen.

Ritter: Hale Irwin is the oldest U.S. Open champ at 45, but Phil just might be the greatest 48-year-old golfer ever. A Winged Foot Open is on deck for next year, where Phil has a, uh, tortured history. This summer is probably his last best shot at getting it done.

Shipnuck: If you’re a golf romantic, it has to happen at Pebble, where Phil’s grandfather used to caddie. Pebble now plays so short he can be conservative off the tee and let his terrific iron game carry him. I’m not saying it will happen, but it very well could.

Zak: I think Shipnuck makes the proper point here. It’s clear this man can still ballstrike it as good as anyone in the world. And putt it really well at times, too. A Pebble Open is exactly that.

Sens: Pebble in the summer, baked out with the rough high and in fighting spirits, is a much different course than Pebble in the middle of a wet winter, with the field playing lift, clean and drop. It would be a great story. So would Elvis rising from the grave.

Anyone who always thought Koepka was DJ 2.0 was accepting convenient storylines.

3. Brooks Koepka went from a man who thought the media didn’t give him the respect he deserved to a man on a war path (eaten up by the media). In the past week he’s said Sergio Garcia acted “like a child” in Saudi Arabia and that PGA Tour rules officials don’t have “the balls” to call slow-play penalties, and he even took us inside the Ryder Cup team room, saying Patrick Reed apologized to the U.S. squad in a group text. What’s gotten into this guy?

Bamberger: He’s figured out, as Johnny Miller and Rory McIlroy and Jordan Spieth and only a few others have, that truth sells, and much more importantly, sets you free. Don’t forget the photos of Clinton and Koepka courtside. Clinton looked to be having the time of his life.

Ritter: Maybe Koepka has gotten more comfortable with his newfound status in the game. Maybe he’s learned to enjoy interviews. Maybe he’s being asked questions that interest him. Whatever the case, I like it.

Shipnuck: Brooks has always wanted to be different from the golf nerds, to use his pet phrase. What better way than to do it than brutal honesty?

Zak: Anyone who always thought Koepka was DJ 2.0 was accepting convenient storylines. Brooks has long had a cutthroat mindset like we saw him share recently. Only now he has more chips at the table and feels entitled to share it more freely.

Sens: I dunno but you gotta love the honesty. Some of the commentary came by way of podcast, which I think could have put him in a more comfortable spot to speak more freely. But also — the dude has won three majors. He probably feels — and rightly so — that he has earned a platform.

News
‘I can see fine’: Mickelson annoyed when play called due to darkness

4. Sponsor’s exemptions have been a hot topic in the golf universe as of late. Hosung Choi, Dru Love and Ryan Ruffels were among those to receive them to Pebble Beach. Choi gained fame via social media, Love, the son of Davis Love III, is the 1,253rd-ranked player in the world and Ruffels, a 20-year-old Australian ranked 1,431st, received his 19th PGA Tour exemption of his young career at Pebble. (All three missed the cut.) Earlier in the week Ruffels even took to Twitter to defend himself about getting a spot in the field. While sponsors can do as they please with their exemptions, is there ever a situation in which a pro golfer should feel sheepish about taking a spot?

Bamberger: They don’t do sheepish. They’re professional golfers. They should, but they don’t.

Ritter: Certainly not last week, when there were a ton of WDs and the alternate list went deep. Anyone who felt snubbed by Pebble simply needs to play better and earn their way up the ranks. And really, that applies to all events.

Shipnuck: Exactly. There are a ton of ways pro golfers can earn their way into a given field. When they fail to do so they have forfeited the right to bitch.

Zak: Amen! The question began with “while sponsors can do as they please with their exemptions.” It should really end there, too. 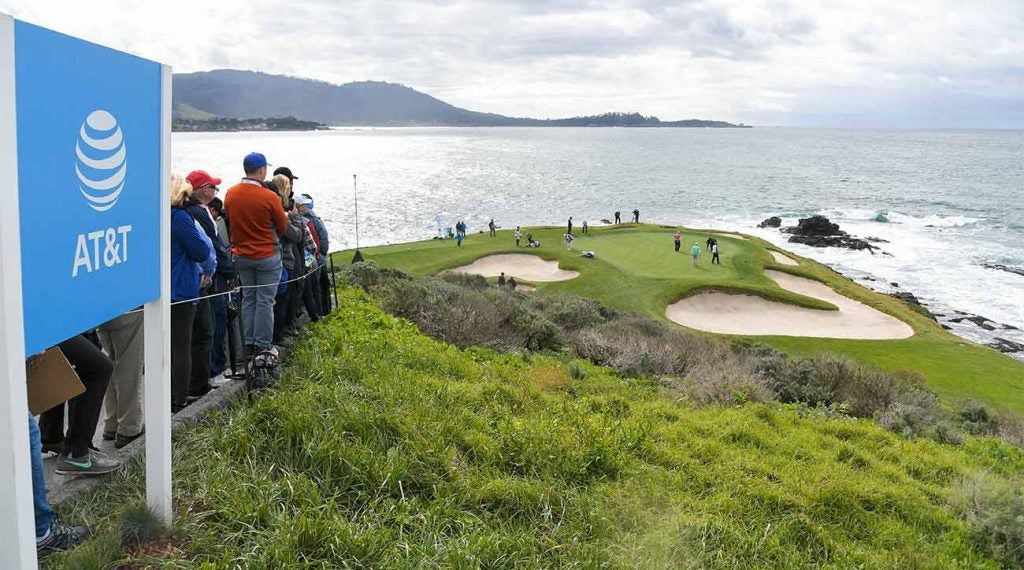 5. The PGA Tour transitions from one of the best par-3 holes in golf — Pebble’s 111-yard 7th — to one of the best par-4s in the game in Riviera’s 315-yard 10th at the Genesis Open. Generally, what’s a more exciting tournament hole: the drivable par-4 or the short par-3?

Bamberger: Oh, the short par-4, for sure. Hit a good tee shot on a par-3 you make a birdie. Hit a great shot on a short par-4 you have a putt for eagle. More of a test, more of a reward.

Ritter: On the par-4 guys could make eagles…or triples. The range of possible outcomes makes it the best.

Shipnuck: I love them both.

Zak: Generally, I’m going to say the short par-4, but you’ll see plenty of players lay up there all week. Give me the Postage Stamp at Troon or the 11th at Shinnecock. Devilish short par-3s that require your ball to reach the ground (and stop) before you can officially call it a great shot.

Sens: The drivable and punitive par-4. You need a gale at Pebble for that hole to play with the wild variety the 10th at Riviera does in any weather.

6. Hosung Choi and his corkscrew swing delighted fans and his fellow pros at the Pebble Pro-Am. Did he live up to the hype, and are we likely to see him on the PGA Tour again?

Bamberger: It’s silly. He has an unusual swing. So does Furyk. So did Ray Floyd. So do some long-drive contest winners. The point of tournament golf is not what it looks like but what you can do with it. Choi has a neat story but making an odd swing and shooting in the mid-70s is not sustainable, nor should it be. If Annika could have shot sub-par scores at Tour events on a regular basis, it would have been one of the coolest things ever. But her game was not at that level. Colonial was a terrific experiment and experience, all the way around. For that week. Choi at Pebble, about the same. If he can get a Tour card, then the TV show that is his swing is doing its job and becomes secondary. It can’t be primary.

Shipnuck: I enjoyed the guy immensely, as did everyone around Pebble. Such a great personality, and he radiated that rarest quality on Tour: gratitude. I think the hubbub will now die down and he’ll go back to being a fun little side note in the big, bland world of golf.

Ritter: I enjoyed him. Pebble crowds adored him. The Internet loves him. I’m sure he’ll pop up again in more PGA Tour events, but at some point he’ll need to dent a leaderboard to graduate from sideshow status.

Zak: I think the Tour and the Web.com have proven they often give out more than just one collective try in scenarios like this. I’d expect Hosung’s second chance before 2019 is done.

Sens: He was good fun while he lasted. But I sense we will have to wait for him to play his way into his next tour start.