Tour Confidential: What Tiger Woods exhibition would you most like to see? 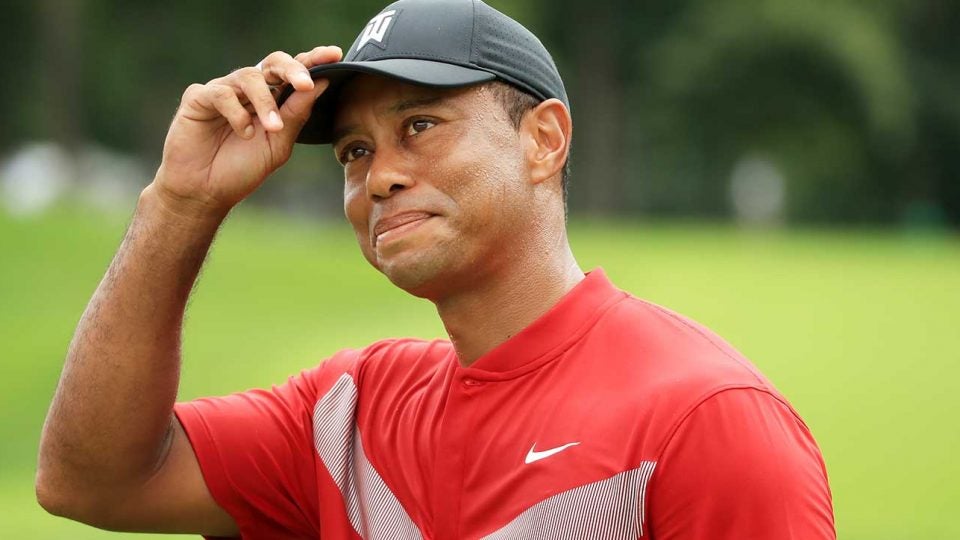 Check in every Sunday night for the unfiltered opinions of our writers and editors as they break down the hottest topics in the sport, and join the conversation by tweeting us @golf_com. This week we discuss Tiger Woods’ newest skins game, forgotten major winners, Phil Mickelson’s prospects for this season and more.

1. Tiger Woods, Rory McIlroy, Hideki Matsuyama and Jason Day will face off in a skins game next month in Japan, ahead of the Tour’s inaugural ZOZO Championship. Dubbed “The Challenge: Japan Skins,” it’s supposed to be the first of a series of annual skins-game challenges held globally. The last time we saw this (Tiger vs. Phil) the reaction was mixed. What Tiger exhibition would you most like to see?

Luke Kerr-Dineen, instruction editor (@LukeKerrDineen): Ideally one without a slightly questionable name. But in all seriousness, I’m excited to see this “Japan Skins” game, but as for a Tiger exhibition I’d most like to see? How about this: A 15-match series where Tiger Woods plays the runner-up from all his major championship wins. Sure, you’d get Ernie, Vijay, Phil and Sergio, but I’m more interested in getting a Tiger vs. Bob May re-match cooking, or Tiger vs. DiMarco, or Tiger vs. Rocco, Part Two.

Josh Sens, contributor (@JoshSens): The prospect of Tiger in another silly-money exhibition bores me to tears. How about an exhibition of non-golf sports/games? Pit him against Paddy Harrington or Frederik Jacobsen in ping pong. Or see if he can hit John Smotlz’s fastball or how he fares against Charles Barkley in a free-throw shooting contest. We always hear how great an athlete he is. Let’s see some other skills. This skins thing is a snooze.

Jonathan Wall, equipment editor (@jonathanrwall): Unless Tiger’s going head-to-head at Pine Valley or National Golf Links, I honestly don’t think there’s a single exhibition scenario that excites. Well, maybe a three-club challenge or something that requires some skill. A skins game doesn’t do anything for me.

Dylan Dethier, senior writer (@dylan_dethier): Jeez, tough crowd! I’ll happily watch Tiger play some skins. It’s something different, at least, and because there’s actually less money on the line and more than two golfers on screen I think the product could be better than The Match. The best Tiger-related exhibition, though, would be mic’ing up the guy without his knowledge and Zapruder-style filming a Medalist fourball with Rickie, JT, whoever’s around. Maybe I’ll pitch this to my bosses.

Michael Bamberger, senior writer: With all due respect: this question itself suggests a co-dependence on the man that cannot be healthy. We may need to find or start a program.

2. Danny Willett played well down the stretch and beat Jon Rahm to win the BMW PGA Championship on Sunday. Which forgotten major winner is most likely to bounce back in 2020?

Kerr-Dineen: Danny Willett! He didn’t get enough respect following his Masters win, and he’s not being championed enough following his comeback. He was 15th in the OWGR when he slipped on the green jacket, and after an injury-fueled slump he’s clawed back from 462nd in the world with a couple of wins and top 15s in consecutive majors. Keep an eye on him — I reckon he’ll get another major win before his career’s over.

Sens: Willett’s a good call. We saw a lot of good golf from Lucas Glover this past year as well. Could he, would he? That putter is a problem but he still hits it pure.

Wall: I’ll hop on the Willett train. He strung together a couple top 15s during the majors and has a game that travels. The confidence is back and he’s absolutely striping the ball. Tough to pick a better choice at the moment.

Dethier: This is tough because we haven’t forgotten about too many of the recent major champs — and Jason Dufner ain’t walking through that door. Anyway, Patrick Reed is hardly forgotten but he’s in prime form. Martin Kaymer showed signs of life in midsummer. Let’s go with Gary Woodland! You’ve already forgotten, but he was a stud in winning the U.S. Open this year.

Bamberger: I just checked and Patrick Reed is a former major winner, the 2018 Masters. I’m going with Patrick Reed.

3. Phil Mickelson is among the headliners for this week’s Safeway Open in Napa. It’s Mickelson’s first start of the new season, one in which he’ll turn 50 in June. Is there any reason to believe that Old Man Time will finally catch up with Mickelson this season?

Kerr-Dineen: Old Man Time has already caught Mickelson, unfortunately. That’s why he’s gone chasing driving distance. He’s succeeding on that front, but unfortunately more swing speed won’t help him keep it on the planet, which is what we saw last season. The good news is that when you’ve got Phil Mickelson’s short game, you’ll always have moments when you vault into contention, but those will be few and far between at this point.

Sens: Words plucked from my mouth. I thought we already saw Father Time catch him last year. What we should hope we don’t see are injuries, and that seems unlikely, given that low-stress swing of his.

Wall: I’m not so sure. Mickelson has been spending an inordinate amount of time building up his core, which makes me believe he may have one more good season in him. I’ve learned to never count Lefty out over the years.

Dethier: I think he’ll play well in spots, like he did during last year’s West Coast swing. More than his swing it feels like Mickelson’s enemy has been fatigue, whether mental or physical. Maybe the new workout regimen will help with that, at least early in the season? We’re not rid of Lefty yet.

Bamberger: I agree, Dylan. He didn’t forget how to play golf or lose his putting game or get injured. He just played poorly, likely had the wind taken out of him by his Pebble Beach U.S. Open play. I think he’ll be spotty for years to come, and more spotty over time, but he’ll have weeks where he can contend. And if he contends enough he could of course win. As the young people say, 50 is the new 46.

4. With an assist from Vegas, our stats guru Mark Broadie said Matt Kuchar is the best player without a major over names like Rickie, Paul Casey, Hideki and Brandt Snedeker. Vegas, of course, always gets it right…but did Vegas get this right?!

Kerr-Dineen: Westwood deserves an honorable mention, but his major career is almost certainly over. Kuchar’s isn’t, so from that perspective: Yes, they nailed it. But that’s partly due to Kuchar’s longevity. Rickie Fowler is fast coming up on the rails, and I’m rooting for him to never grace the top of these rankings.

Sens: Westwood’s T2 at Portrush this past summer was a reminder of how firmly he used to hold that honor, and that he maybe still deserves it. But I’m with Luke. And Vegas. I’ve long thought that Kuchar owed Rickie Fowler a debt of gratitude for all the expectations and attention that he (Fowler) attracts. It left Rickie saddled with a burdensome label that really seemed to belong more squarely on Kuchar.

Wall: Probably. As one of the most consistent on Tour, I sort of expected Kuch to have at least one major by now. Fowler runs a close 1A for me, but I think he has time on his side for the moment.

Dethier: Jon Rahm leads a squad of youngsters who don’t have one yet but have accomplished a whole lot else. But if you’re looking at total body of work, it’s gotta be Kuchar.

Bamberger: But didn’t Kuchar win a Players? Isn’t it harder to win a Players than a Masters? I would say Colin Montgomerie is the best player in the past 50 years to have not won a major. You could have Moe Norman enter the debate, for the quality of his golf, not his results. Ken Perry, among accomplished full-time U.S. players. Bruce Lietzke, too.

To shatter a personal plateau, you’ve also got to break through that mental barrier — the one where you start thinking to yourself, Wow, I’ve got a pretty good round going, and then immediately blast one out of bounds and revert to your norm.

5. Which Safeway storyline is more intriguing to you: (a) Tony Romo teeing it up as a competitor, (b) Steph Curry and Phil Mickelson playing the Safeway Open Pro-Am together, or (c) none of the above?

Kerr-Dineen: (c) none of the above

Sens: (c) I’m personally more interested to see whether Bad Company will play their hit single Bad Company off their album Bad Company when they perform on Friday evening. I believe they will.

Wall: I’ll go with (c) — if only because it’s the fall season and there’s not a lot of juice during these events.

Dethier: You guys are lame. It’s (a), because Tony Romo’s quest for Tour status is weirdly fascinating. The guy really, really wants it!

Bamberger: I’m with you again, Dylan.

6. Our instruction editor Luke Kerr-Dineen talked to some of our own low-handicap staffers to try and unlock secrets to break 80. What’s the best game-improvement tip you ever received?

Kerr-Dineen: Oh man, this is a loaded question. While I stand by my article that low-80s shooters need to learn to avoid the two-way miss in order to take their game to the next level, the best advice that I’ve ever received? Simple: Stay in rhythm. It doesn’t matter what that rhythm is, as long as it’s yours. No matter how you swing a golf club, good tempo can forgive all.

Sens: No argument on Luke’s tips. But to shatter a personal plateau, you’ve also got to break through that mental barrier — the one where you start thinking to yourself, Wow, I’ve got a pretty good round going, and then immediately blast one out of bounds and revert to your norm. Learning to be comfortable with playing well, and believing that you deserve to be shooting the good score you’re shooting — that seems about as important as any swing tip for a lot of us.

Wall: Billy Andrade once revealed he maybe swung harder than 75 percent once or twice per round. That’s stuck with me over the years. I know the game has changed since Andrade was a Tour regular, but there’s really no need to swing out of your shoes. Unless you’re able to harness that speed and consistently find the center of the face, you should be swinging smooth at all times. It’s amazing how often you find the fairway when you’re in a comfortable rhythm.

Dethier: Back when I was playing mini-tours I asked one consistently successful guy about what had worked for him. “Well, I step onto the first tee, and I look at the shot, and I say to myself, ‘Man, I do not give a f— about this.’ Works pretty well.” Disclaimer: I’m not technically endorsing this.

Bamberger: The best game-improvement tip I know is to keep at it. Also, if it’s not working, try something else.