Tour Confidential: Was the return of live golf a success? 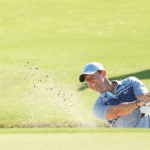 Rory McIlroy hits out of a bunker on the 16th hole at Seminole Golf Club.

Check in every week for the unfiltered opinions of our writers and editors as they break down the hottest topics in the sport, and join the conversation by tweeting us @golf_com. This week we discuss the TaylorMade Driving Relief event, who the MVP of the event was, how Seminole Golf Club looked and more.

1. Live golf – live golf! – returned Sunday with the TaylorMade Driving Relief skins game, featuring Rory McIlroy and Dustin Johnson vs. Rickie Fowler and Matthew Wolff. McIlroy and Johnson prevailed, winning $1.85 million of the $3 million pot for Covid-related charities. (The players won additional money for their charities through various bonuses.) As a television event for fans at home, would you deem the match a success?

Sean Zak, senior editor (@Sean_Zak): Definitely! It put live sports on the screen, which is all we asked for. Though our standards for compelling television have certainly dropped these days, I was thrilled to be able to see one of the best courses in the world for the first time. The broadcast was clearly well planned and orchestrated. Considering it was a skeleton crew, it was impressive in all the information it delivered.

Michael Bamberger, senior writer: I couldn’t say about the home TV experience. I was watching it in person, and at a distance far greater than 6 feet. What I saw, l loved. But I can only think of it as an unqualified success. People love golf, great courses, golf played at a high level, wishful thinking. (We could play there, we could play those shots.) People need to lose themselves on others’ lives, and sport is a safe and good place to do that.

Alan Shipnuck, senior writer (@Alan_Shipnuck): Qualified yes. The golf was uneven, the banter flat, the ending kind of unsatisfying. But it was certainly more fun than no golf at all!

Dylan Dethier, senior writer (@dylan_dethier): You’re all correct. The charity, the live sports, the new golf course — all exciting in these times.

2. Fowler played the best, making seven birdies, but McIlroy stepped up when it mattered most (with $1.1 million on the line on the 120-yard closet-to-the-pin playoff, the world No. 1 stuck his shot to 12 feet for the win). Who was the MVP?

Zak: Fowler was the best player by far, and it’s a shame the gimmicky end — though fun — was where he didn’t perform his best. That man showed what everyone has been saying for weeks now. He’s definitely the best putter of the group, where the other three love to mash it and hope to get hot with the flatstick.

Bamberger: From what I could see, the course was the MVP. It held up beautifully. My doomsday prediction about it playing hideously short was not close to true. Thank you, wind. Thank you, D. Ross. Thank you Brad Faxon, longtime Titleist ambassador, for keeping me on my toes. Wind is where it’s at. Well, public golf is where it’s at, but wind is a close second.

Shipnuck: Yes, Rickie turned up the volume on the whole thing with his fine play. Wolff’s youthful exuberance grated on some of Golf Twitter, but at least he had some energy and he made Rory and DJ look like a couple pikers off the tee.

Dethier: Rory was the MVP because this is a skins game, and skins games are all about picking your spots. He certainly picked his.

3. McIlroy, Johnson, Fowler and Wolff played without caddies. What part of riding solo do you think was the biggest adjustment for them?

Zak: Having to pick that bag up and put it down some 70-80 times! I know they’re all great athletes and in great shape (we can only assume right now), but doing that for 18+ holes gets tiring, I don’t care who you are.

Bamberger: Well, a week from now, they will ride solo, I understand. In carts. This is what millions of us do. Play golf. They’re young and fit. Should not have been an issue at all.

Shipnuck: I think it had more to do with rust, and some wind, but a lot of times they looked off by half-a-club. Makes me wonder if caddies could have had them more dialed in. And nobody made any putts besides Fowler. Again, Seminole’s greens are tough, but I think these guys missed the ritual of confirming their reads.

Dethier: I think a good caddie helps his player commit to shots. A couple of these guys looked like they could have used some help in that department.

4. Seminole Golf Club, one of the world’s most exclusive courses, made its television debut during the skins game, giving much of the world its first peek at the Donald Ross design. Did the course live up to the hype?

Zak: Yes! The Atlantic offered a breeze late in the day and gave the course some teeth. Loved seeing the greens play pretty firm, all things considered with the rain the course received on the weekend. Any misses left and right were placed in bunkers, and if you did that short-sided, you were screwed. That’s good, proper, modern conditioning.

Bamberger: The course is both American and British, tough and accessible. As Rees Jones says, it’s a boutique course. A one-off. There’s really nothing like it. In a hyper age, this course is a model of calm.

Shipnuck: It was great to see it. Seminole asked many questions and demanded precision. It’s not the course’s fault it’s built on flattish Florida land.

Dethier: It was good, but I’m still not sure we saw Seminole in full. Soft fairways, difficult camerawork, none of the bells and whistles we’ve grown accustomed to. It’s a great golf course, and I hope we can see it again.

5. Next up: the Match II, with Tiger Woods and Peyton Manning taking on Phil Mickelson and Tom Brady at the Medalist Club this coming weekend. What lessons could or should that event take away from the skins game?

Zak: Use Shot Tracer as much as you can, especially with the QBs. It’s difficult to track how every shot begins and ends with fewer cameramen than normal, so automated cameras make even more sense now. When today’s shots were not picked up by Shot Tracer, it was difficult to tell what side of the hole they were on

Bamberger: I’d prefer to watch four pros, but these are exceptional times. I’d have the players walk. I’d have holes where the QBs have to finish. I wouldn’t have any moments of hit-and-giggle or trash talk, unless it’s natural. This is golf.

Shipnuck: The Match is what it is. I think this was a helpful reminder that televised golf is never going to be super exciting except down the stretch at a big tournament. But there are many little pleasures for those of us who love the game, and that’s enough.
Dethier: Tell the players not to perform for the cameras! That’s not what they’re good at. Play golf, have fun, we’ll watch.