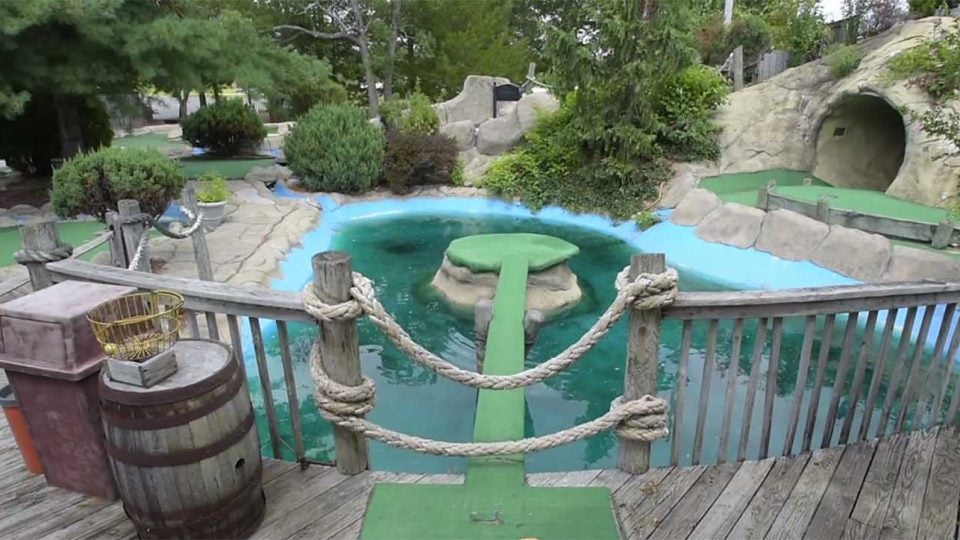 The 19th hole at Blackbeard's Cove in Bayville, NJ
NJ.com

The state of New Jersey has identified its toughest miniature golf hole. Think you could ace it? (Answer: Probably not.)

In fact, this beast might just be the toughest mini-golf hole anywhere.

One intrepid New Jersey Star-Ledger reporter visited the course, Blackbeard’s Cove in Bayville, which is about an hour’s drive southeast from Trenton. The course has a 19th hole set up over water (or a moat, to stay with the theme). There is no clown’s mouth, but golfers must putt along a narrow, titled “plank” to a hole that’s downhill and breaks sharply left-to-right. It looks like about a 20-footer, but when NJ.com’s reporter gave it a shot, he rinsed an entire bucket without sinking a single putt.

Anyone who makes the putt receives a free game, but at such long odds, Blackbeard’s Cove can probably set up the prize (treasure?) without hurting its business too badly.

Here’s a video of the hole: