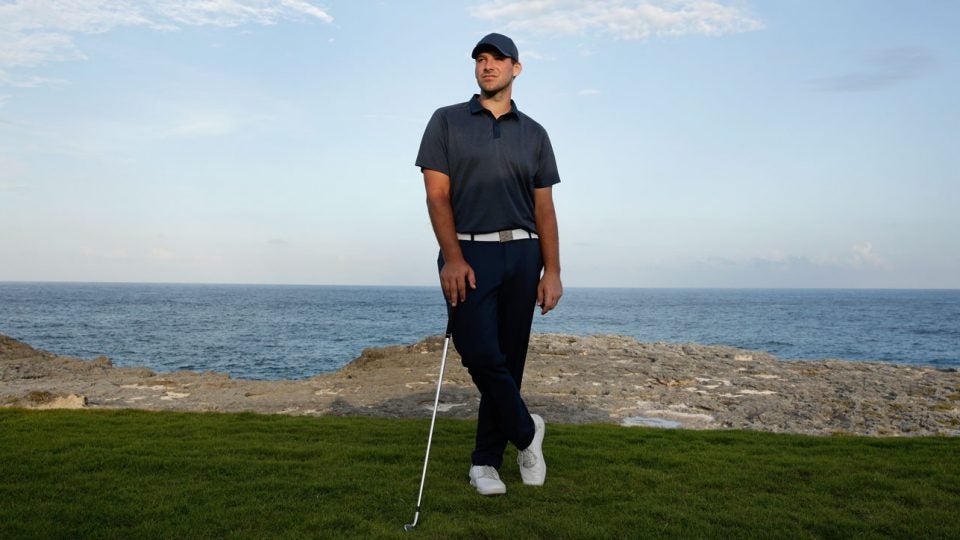 From the files of “The stars — they’re just like us!” comes Tony Romo, who plans to skip work next week to play golf.

That’s right. Romo, who used to play quarterback for the Dallas Cowboys but now cuts hit teeth calling NFL games for CBS, is assigned to call the Vikings-Bears game in Chicago on Sunday, Sept. 29. But that same Sunday marks the final round of the Safeway Open, where Romo has been granted a sponsor’s exemption.

So what gives? According to a report from the New York Post, CBS has a plan in place for an announcer who would call the game in Chicago alongside Jim Nantz if Romo were to make the cut at the Safeway.

Romo has proved that he’s a legitimate player. He’s teed it up in U.S. Open qualifying, advanced through the pre-qualifying stage at Q-School, won a number of amateur events and taken the last two titles at the celebrity-laden American Century Championship in Lake Tahoe. With that said, it would be a shocker if he were to advance to the weekend at Silverado Resort.

With three PGA Tour starts under his belt, Romo has three missed cuts. He finished in last place at the 2018 Corales Puntacana Resort and Club Championship, beat just a single player at the same event in 2019 and shot 76-74 at the 2019 AT&T Byron Nelson Championship, ahead of just four players.

The Post reported that CBS denied a similar opportunity for Romo last season.

The Napa Valley event is proving to be star-studded. Earlier Thursday, event organizers announced that Stephen Curry would tee it up in the pro-am alongside Phil Mickelson, although the San Francisco Chronicle reported that he had declined a sponsor’s invite into the tournament field proper.

The most likely course of action is Romo playing 36 holes at Silverado Resort and Spa and then board a private jet Friday evening with plenty of time to prep for his Sunday work in Chicago.