Tony Finau: How I balance being a professional golfer with being a father 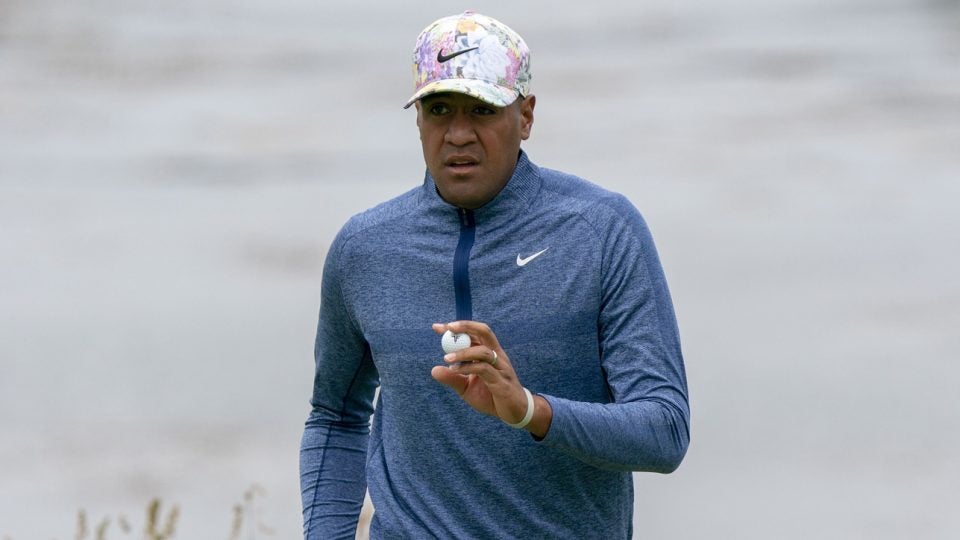 Thirty weeks a year. That’s how often I travel for work. I’m sure many working dads can relate, and by no means am I complaining. I spend my workday on the golf course, in some of the nicest locations and climates around the world, but as a father I’m often away from what’s most important to me. I’m a dad, a husband and a professional golfer, in that order.

Don’t get me wrong, I’m a competitive guy. I don’t think you can make it to this level and not be. But no matter how many birdies I make on the golf course, I know that I have four kids at home who are excited to see me walk through the door and who couldn’t care less about my score.

My road to the PGA Tour was paved by two men who taught me the value of family first. My late grandfather, Sione — who I called Champ — moved to the U.S. from the island of Tonga in the South Pacific. He sold everything he had on the island to come to a place where he could gain an education, become successful in life, and ultimately see his posterity grow. He was a man of very few words, but Champ was the hardest worker I knew. Watching him work tirelessly moving rocks and debris while landscaping neighborhood yards inspired me to work. Work when I’m tired. Work when it’s hot. Work for my family. Work like a champ.

My brother Gipper and I became interested in golf as young kids, but my dad, Kelepi, was the visionary who believed in us and taught us how to pursue the game at a higher level. It was a sport my dad had never played, but that didn’t stop him from trying to give us the best opportunity to succeed. Nothing got in his way, including the cold Utah winters, when my dad used to hang a mattress from the ceiling in our garage so that we could bang balls for hours indoors.

My dad was tough on me — tough but always fair. He always emphasized that sports are about winning, and that if you don’t outwork the competition there’s just no way you’re going to be better than them. I learned that early in my life, and I’m glad I did because I try to take it with me to the course every time I play.

After a successful run in junior golf and high school, I came to a crossroads when I was 17 years old. I had verbally committed to play at Brigham Young University, but while I was getting ready to sign with the school I was given an opportunity to play in a contest in Las Vegas called the Ultimate Game. It was a $2 million winner-take-all for 40 players. Some people approached my dad and told him they wanted to financially back me and Gipper to compete in the event. Off we went.

I won my first couple of matches and made it down to the final 12. With the chance to win now a real possibility, my family and I had to make a decision. We sat down together and I told them that while I thought the opportunity to win $2 million was great, protecting my amateur status and going to college was probably the best thing for me. On the other hand, you have to understand that my parents’ financial situation was not ideal. I quickly realized that winning that kind of money could change things forever. In my culture, like many others, family is everything; and as a family, we decided that I would turn professional. Believe it or not, I nearly won the $2 million. More importantly, I was on my way to the career that has already given me and my family so much to be grateful for.

I’ve been fortunate enough to win on Tour, as well as play on the U.S. Ryder Cup team, and I’m thankful to have been able to share that success with my dad. We’ve even played Augusta National together. To be able to put my arms around him and say, “Hey, we made it to Augusta National!” — from where we came from, that was really, really special. Those are moments I’ll cherish forever. I know my dad is extremely proud of me — proud of whom I’ve become, not only as a player but as a person. And that feels pretty cool.

It’s no coincidence that I take fatherhood and raising my family very seriously. I’ve had two of the best role models a son and grandson could ever ask for. It’s through the guidance of my father and grandfather that I’ve become a patient man — and more importantly, a patient and loving father. It’s great to receive accolades on the course, but at the end of the day, if I end up raising four pretty cool kids — good people, good human beings — I’ve done my job. To me, that’s the biggest win I can play for.