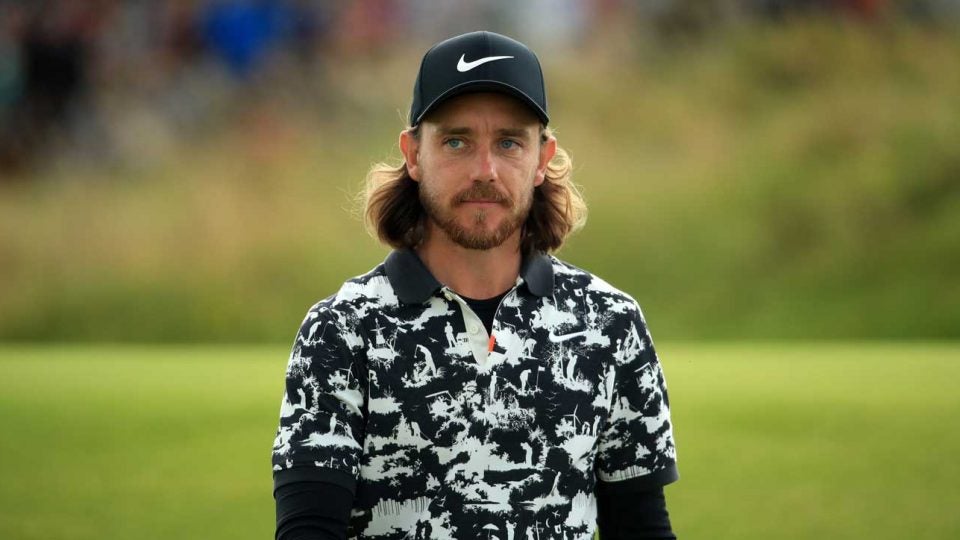 The shirt was given a big spotlight on Friday when Fleetwood fired a four-under-par 67 to launch himself near the top of the British Open leaderboard. Though Finau and Day wore the shirt yesterday, Fleetwood’s additional television exposure prompted a slew of comments to flood Twitter. Here’s a sampling.

Tommy Fleetwood is eventually going to win one of these. Just not in that shirt. #notforposterity

? Not sure about the shirt choice for Tommy Fleetwood today though…#TheOpen pic.twitter.com/MBl0eOUyk9

Great to see Tommy Fleetwood leading @TheOpen as he’s a top bloke but that shirt is one of the worst I’ve seen since this one…. pic.twitter.com/jMDSU8wLvZ

Full credit to Tommy Fleetwood to overcome that @nikegolf shirt and shoot 67. #TheOpen

I’d really like to see Tommy Fleetwood win a major, but seeing him play in that monstrosity of a shirt he’s wearing is making me reconsider that stance.

Fleetwood doesn’t see what all the fuss is about. At his post-round press conference, I asked him about the attention the shirt received, and whether he thought the shirt was reflective of his personal style.

“I personally like it,” Fleetwood said. “I’ve got more comments than I thought, actually, so maybe I have a bit too much of a colorful style because I just thought it was normal.”

Hey, when you shoot 68-67 in the first two rounds of the British Open, you can wear whatever you want. And if you want to own one yourself, you’re in luck! The shirt is available on Nike’s website for $75.