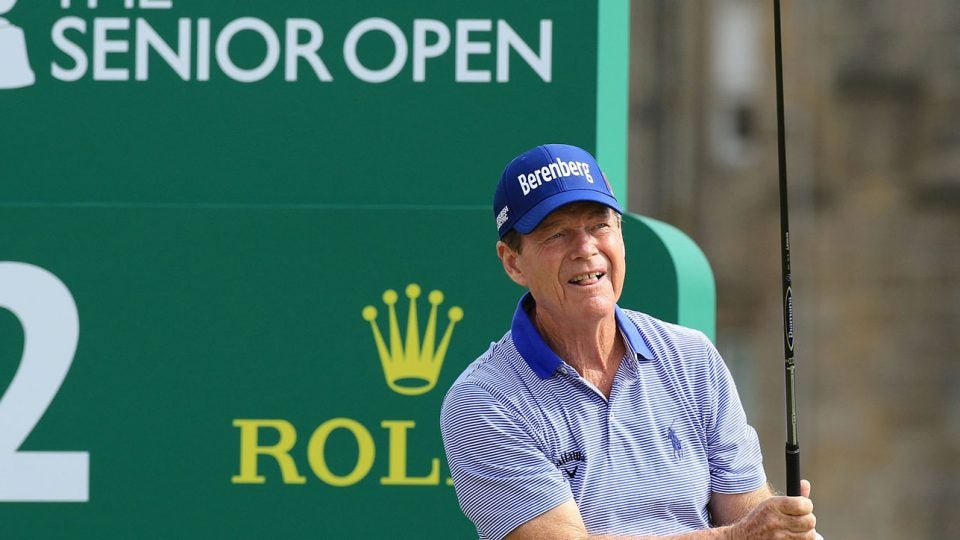 Tom Watson is in contention at the Senior British Open.
Getty Images

One day after flirting with his age and shooting 69, Tom Watson pulled off the feat Friday, carding a four-under 68 at the Senior British Open.

Watson made five birdies and just one bogey Friday, vaulting him up near the top of the leaderboard at St. Andrews. One of those birdies came on the brutally tough 17th hole at the Old Course.

His first two rounds came in a grouping with Miguel Angel Jimenez and Bernhard Langer. Both incredible in their own right, Langer and Jimenez are eight and 14 years Watson’s junior, respectively. Would they take a 68 when they reach that age? Undoubtedly.

St. Andrews filmed Watson tapping in for par on the last, to the applause of many fans who watched on.

.@TomWatsonPGA and the #OldCourse were in harmony today! He matches his age with a 68 ??‍♂️ pic.twitter.com/LGoL6PVoVR

So, what’s next? Well, Watson will have a late tee time Saturday at the Old Course. Remarkably, he’ll have a chance to contend.