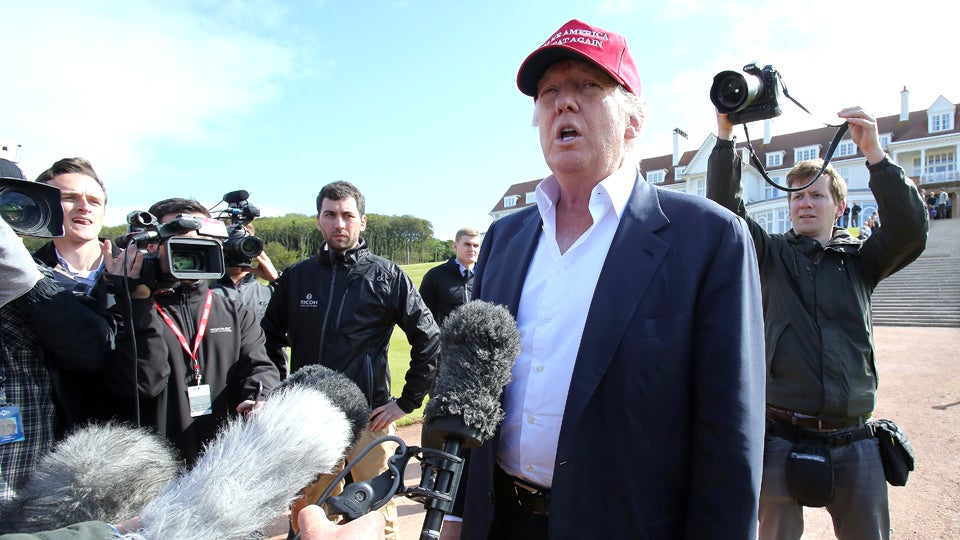 Kevin Costner takes swings on the range with his son, Joe, looking on.
Courtesy of John Norville

One of the greatest golf movies ever made is celebrating its 20-year anniversary — has it been that long already? — and to commemorate the occasion, Chris Nashawaty wrote an oral history of Tin Cup that appears in the August issue of GOLF.

If you haven’t read the piece in its entirety, which we wholeheartedly recommend, you can do so here. It’s filled with hilarious stories and behind-the-scenes material that brings you closer to the stars than you could have ever imagined.

But in case you need a condensed version, here are seven factoids that every Tin Cup fan should know. Enjoy.

1. Chip Beck at the 1993 Masters was the inspiration for the movie.

During the final round of the 1993 Masters, Beck trailed Bernhard Langer by three with four holes to play, yet he laid up on the par-5 15th at Augusta National. The conservative approach didn’t pay off (Langer won by four), but it gave Ron Shelton the idea he needed for his movie. Shelton, who directed and co-wrote Tin Cup, talked to John Norville, who co-wrote the film with him, after he saw Beck’s lay up on 15.

“When Chip Beck laid up, we immediately called each other and said, That’s the key to our guy: He won’t lay up!” Shelton said.

2. Peter Kostis and Gary McCord were hired as technical advisors to help Kevin Costner and Don Johnson with their swings.

Shelton and Norville wanted the movie to look as authentic as possible, so stars Costner and Johnson received swing lessons. Johnson, previously an “8 or 9” handicap, said he couldn’t break 100 for the first week after Kostis and McCord revamped his swing, but about three weeks into the film he started seeing a big improvement.

“My score started coming down in big chunks,” Johnson said. “By the end of the film, I was a 3 (handicap). And they paid me.”

3. The punch shot that Costner hit from the bar that knocked the pelican off a post was based off something McCord actually did.

“We were in Pensacola, and me and a few other players were trapped in our condo during a rainout,” McCord said. “We had nothing to do but gamble. That’s what we golfers do. And I see this pelican land on a post. So I said, ‘Hey guys, give me 10 shots and I bet I can knock that pelican off his perch from my bedroom.’ So I got up to move the lamp and open the sliding glass doors. I put the ball down, and they’re all hiding behind the couch because I’m going to fire off a 4-iron in this condo. I cut it right through the door and it sails right over the pelican’s head and he flies off. Best shot I’ve ever hit.”

4. PGA Tour players’ agents wanted big bucks for their clients to appear in the movie — as much as $50,000 — but McCord came to the rescue with a brilliant idea.

Shelton and Norville wanted real pros to be in the movie so it looked more authentic, but the $600 appearance fee they offered didn’t cut it. That’s when McCord stepped in.

“I called the players’ wives and said, ‘How’d you like to have dinner with Kevin Costner and Don Johnson? The catch is, your husband is going to have to be on a movie set for a day,'” McCord said. “We rented a big room in Tucson and let Kevin and Don loose on the girls. I told them, ‘Be Hollywood, and bulls— with these women; make them tell their husbands they have to do this movie.’ In the end, we got 35 players, four U.S. Open winners—and they got SAG minimum!”

Cory Pavin, the reigning U.S. Open champion at the time the movie was shot, said he still gets a residual check a couple of times a year “for $1.80 or something.”

“We were between scenes, standing around, and someone came up with a bet,” Marin said. “There was this really tall pine tree, and someone said to Phil Mickelson, ‘I bet you can’t put your shoulder against the tree, drop a ball and hit it over the tree.’ The shot basically had to go straight up. Everybody threw in a hundred bucks. I think there was $1,200 in the pot. And he did it! When the ball was still in the air, Mickelson bent over, picked up the money, and put it in his pocket.”

6. The USGA set up the courses for the movie.

Kingwood and Deerwood, in Houston, Texas, were used as the movie’s U.S. Open site. Again, striving for authenticity, the USGA came in to set up the course for how it might play at a national championship.

7. Saturday filming usually didn’t go well, and it changed how they shot scenes.

Don Johnson was staying at a rental house nearby, and he knew how to have a good time.

“Friday nights all hell would break loose with Cheech and Kevin,” McCord said. “Anytime we had a Saturday shoot after Friday night at Don’s house, it was not good.”

One particular Saturday shoot was with about 5,000 extras watching as they were shooting scenes for the final round of the U.S. Open. McCord said Cheech and Kevin “couldn’t see straight.”

“I mean, the extras would have had to worn helmets, or else they’d have been killed,” McCord said. “So I got the guys extra-long tees and told them, ‘Hit it straight up in the air, anywhere, and we’ll have someone else hit the shot later.’ Their swings looked pretty good, but the balls landed five fairways over.”